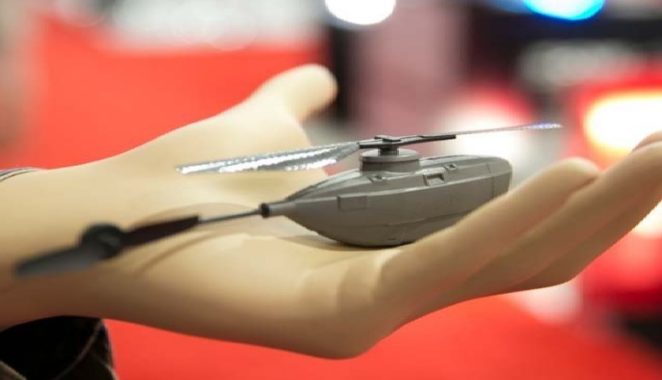 After the advanced research latest fist based drone preparations are in the last phase and to be handed over to the US forces, which will be presented in the defense show this month.

There are new researches coming in the world of science and technology, through which the great affair records is saves in one inches of chip. Technology has given its importance everywhere. At the same time, research conducted by the drone technology experts in the last several years is in the case of ‘Black Hornet Three’.

The drone ‘Black Hornet Three’ was tested in the past year. After the success, this year, Fist based smallest drone  will be handed over to US forces. US force will present this shortest drone in a defense exhibition in Paris this month. This drone will be a major weapon to monitor the activities of the enemy countries.

Scientists claim that the 6.6-inch helicopter structure drone, will not be easily monitor or watched by enemy country’s eyes. This will make live videos and HD images while flying over the anti-drone forces. Photos and videos will be sent to the US Force Monitoring Cell immediately on the basis of which the American force will take action.