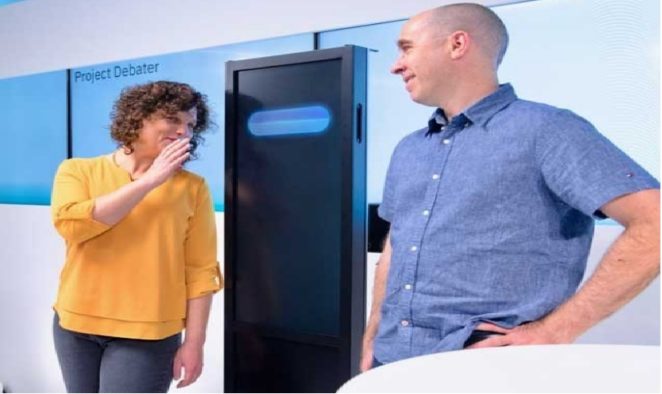 San Francisco: For the first time in human history, in front hundreds of attendants have an interesting discussion between computers and humans with artificial intellect. In which the computer debated with regular arguments.

The IBM, a leading computer technology firm in San Francisco, arranged discussed between humans and artificial intelligence machines. The argument between humans and computers, it was named as Project debater. In which the computer has surprisingly accessed without any internet, with the help of documents containing newspapers and research papers, reached its stand-by-side participants and presented their arguments on the subject given.

The first topic of discussion was whether more public funding should be required for space probe? And the other thing was whether more investment should be done for the promotion of telecommunications technology? Man and computer were given four four minutes to start the argument and Finally, two minutes were provided to cover their arguments.

During dialogue, humans were talking in a better way than computer. But despite being unaware the computer convinced the attendants due to arguments and clearance. Scientists have mark this project very important, Which will open new doors of thinking, thought and research.