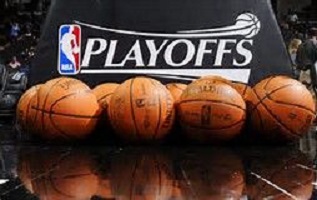 The 2017 National Basketball Association (NBA) Finals is already making history since for the first time the Golden State Warriors and Cleveland Cavaliers are meeting for the third straight time.

Fast forward to the 2017 NBA basketball season with the playoff records of the Cavaliers was 11 wins and one loss and the Warriors  record in the playoffs was 12-0.

I hate to burst the bubble of Cavaliers fans but it is very hard to repeat as NBA Champions the year after the championship since every team has the eye of the tiger to beat the defending champion Cleveland Cavaliers during the 2016-17 NBA basketball season.

The hype for the 2017 NBA Finals that is being televised on the American Broadcasting Company (ABC) is Revenge Or Repeat. So far the Golden State Warriors who now have a 3-0 series lead in a best of seven format can make history by beating the Cavaliers on Friday night at the Quicken Loans Arena in Cleveland Ohio to be the first team to have an undefeated record during the playoffs in the 2017 postseason.

All I can say to Cavaliers fans is just hope that the Cavaliers basketball team learns from their errors in the third game losing to the Warriors by a final score of 113-108 when the Cavaliers went scoreless in the final four minutes of the game.

In the words of the late former New York Yankees catcher Yogi Berra “It ain’t over till it’s over” despite what the sports writers of America are telling us the sports fans.