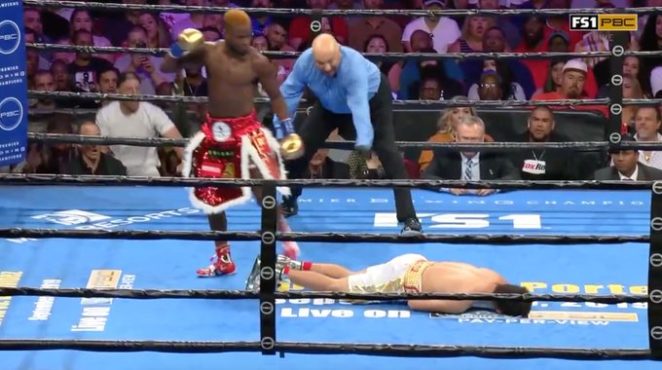 Chris Colbert scores a serious knockout in Round 1 ? Yet another knockout of the year candidate. #Boxing #PBConFS1 pic.twitter.com/VeLKsNFREm

Chris “Prime Time” Colbert is one of the most exciting prospects in boxing at this moment.  In this junior featherweight (130 lbs) bout against veteran Miguel Beltran, Jr. (33-7) at the Rabobank Arena in Bakersfield, CA, Colbert (13-0, 5 KO) was able to end the fight right before the end of the first round with a perfectly placed right hand to the temple that landed after a measuring jab.

Beltran, Jr. was all the way out as he laid face down on the canvas.  Fortunately, he woke up from the punch so that he did not become victim to the conditions within the state that is nicknamed “Killer Cali.”  Colbert is in prime position to obtain a big fight against any of the belt holders within the division.