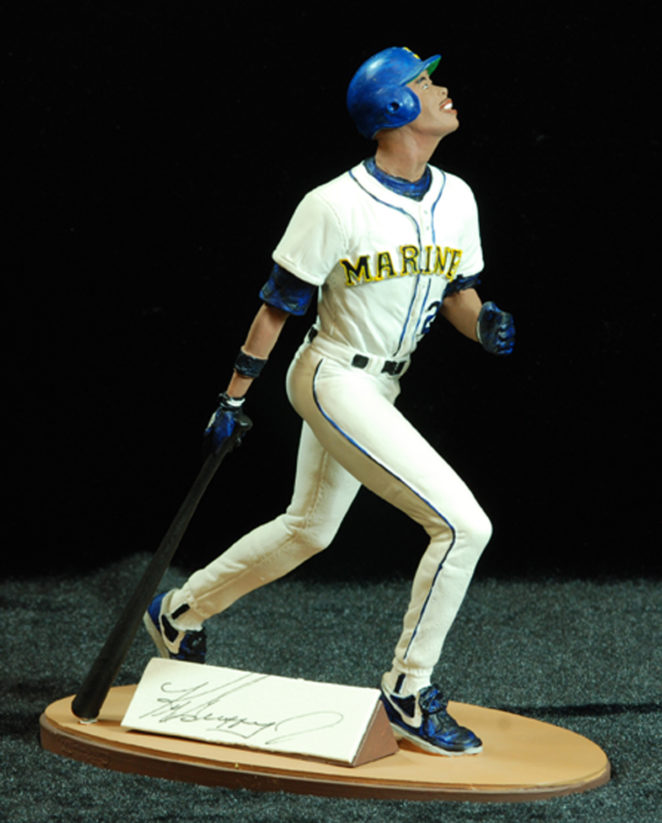 Former Seattle Mariners outfielder and iconic star Ken Griffey Junior who has a statue of himself outside Safeco Field where the Mariners play their home baseball games had the baseball bat which is made of bronze stolen a hater.

Griffey was one of the best players who played in the Major Leagues from 1989-2009 for his amazing hitting power and excellent fielding skills in the outfield.

It is a shame that the statue of a Hall Of Fame inductee was vandalized by some hater who did not have better things to do with his free time.