We in Serbia generally like sports.Most football though he often disappoints us with his results.And they get the highest money from the sports budget.And here is the young Serbian national team experienced a disaster in the tournament that was promoted in Trieste.Serbia ended the competition in the European Championship without a point and with only one goal scored and received a total of ten.At the same time, we have a great quality sport.Basketball and water polo.It is not known who won more medals in all competitions. European, World Championships, Olympics.They do not get money as footballers.For all people who love water polo wonderful news.Water polo players of Serbia won the World League and entered the Olympic Games in Tokyo 2020!And in what kind of game and against any opponent.Our water polo players defeated Croatia 4: 1 (1: 3, 5: 2, 1: 3, 5: 3) in front of 4,000 spectators, with Filip Filipovic naked from 17 seconds before the end. 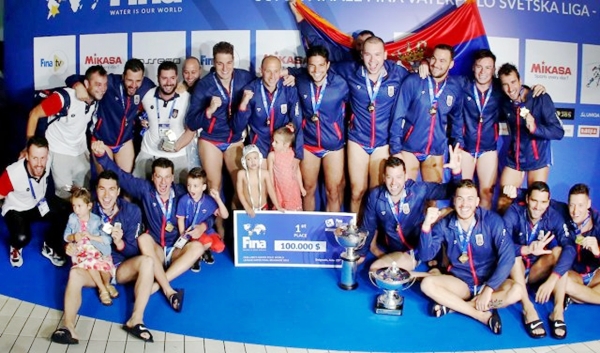 League Finals:Serbia – Croatia 12:11 (1: 3, 5: 2, 1: 3, 5: 3)Pool “Tašmajdan” Belgrade, 4.000 spectators:Referees: Georgios Stavridis, Adrian Alexandrescu.So it’s not all about money, but footballers can not be like basketball players and water polo players.Finally we can say what the water polo players have won so far.32 gold medals in the history of this sport.They won seven more silver and 13 bronze medals, a total of 52 medals.We must bow to the giants of this sport.