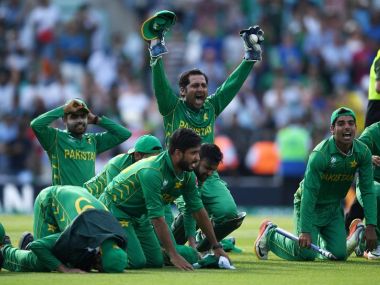 CORRECTION: First of all, please accept my apologies as I quoted Imamul Haq as son of Inzamamul Haque guys; whereas he’s is rather Inzi’s NEPHEW. Really sorry for spreading wrong information; though truly unintentionally.

Pakistan have been given the lowest target of the current series by Sri Lanka i.e. 174 to win and go 4-0 up in a series; that has already turned into a nightmare for the Lions (nickname given to their cricket team). Talking about their batting performance, it was nothing but the same ‘old story’ as the Lankan batsmen struggled not only to play freely but also to rotate the strike when it was much needed.

The only man fared better today and looked threatening was Thirimanne, who stayed longer at the crease than the entire teammates and played a brave innings of 62 (off 94 balls). However, it didn’t help as that proved to be the only ‘noteworthy contribution’ or personal effort.

Had last three wickets not did add valuable 74 runs, it could have only added further embarrassment for the Lions as at one stage, they had lost 7 wickets for mere 99 runs on the board. As anticipated, Hasan yet again led Pakistan’s attack and claimed 3 more wickets, giving only 37 runs.

Hopefully, Pakistan shouldn’t find it difficult to make a successful run-chase and if it happens; Sri Lankans would only find themselves a step closer to a complete whitewash; which looks very much on the cards now!