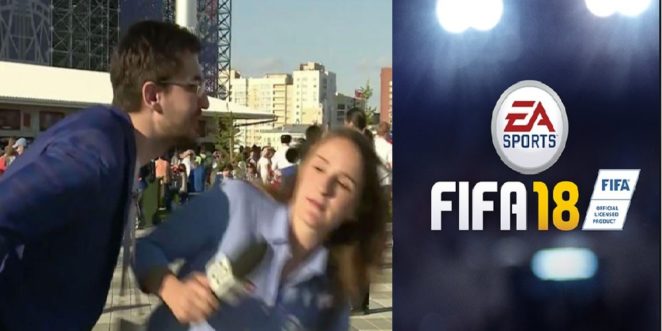 Russia has made news about FIFA World Cup 2018 these days, where fans from around the world are coming to see their favorite footballers, and in this way media representatives are also there to track the breaking news’s news. However, during the live reporting, female reporter is facing harassment.

Another incident has come today, when a Brazilian reporter Júlia Guimarães was reporting live while a man tried to kiss her cheeks. But female reporter immediately got back and reacted and handle him very well.

Julia stripped off his anger on an unknown person, do not ever do this again. The person who tried to harass also apologized but still the anger of the lady reporter did not cool. And she was constantly crying while on that man, that I will not allow you to do so because it is not your right. And instead of doing this you should honor women.

Later, another lady reporter told the woman reporter, I do not have to face such incidents in Brazil, But here I am harassed for the second time. Last time I was silent but this time I had to react, because these people do not understand that. However, this is a sad thing and now I am getting insecure myself.