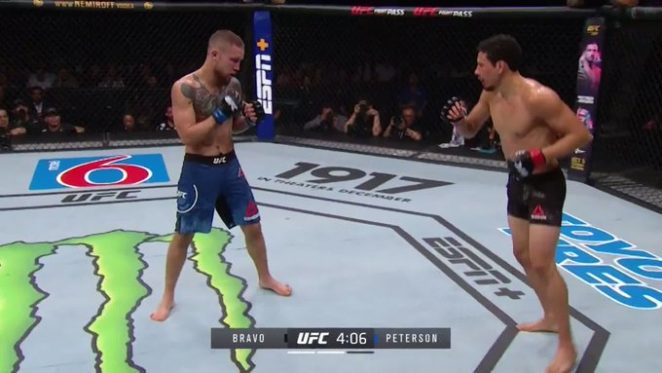 Steven Peterson needed for something to go his way in this featherweight fight against Martin Bravo at the Arena Ciudad de Mexico in Mexico City.  In this standup war, Bravo was scoring the better strikes in the first round and in the first minute of the second round.  The momentum changed quickly with 3:33 left in the second round when Bravo was too lackadaisical with a spinning backfist.  Peterson capitalized with a spinning backfist of his own that introduced Bravo to Mr. Sandman.

With the win, Peterson salvaged his UFC career because he previously lost his last two fights since UFC normally drops a fighter that loses three in a row.  Also, he was awarded a $50,000 bonus for Performance of the Night.