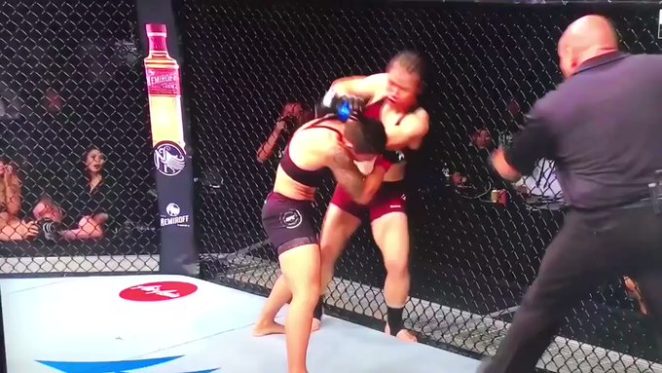 Weili Zhang (20-1) became the first-ever Chinese Ultimate Fighting Championship (UFC) champion when she defeated Jessica Andrade (20-7) for the UFC strawweight (115 lbs) title at the Shenzhen Universtade Center in Shenzhen, China.  Zhang hit Andrade with a barrage of punches, kicks, elbows, and knees to secure the knockout at 4:18 remaining in the first round.

Although the elbows were illegal by Zhang because they were hitting Andrade in the back of the head, Zhang rocked Andrade right after the fight started.  The result was sort of startling since Andrade was never knocked out even though she used to fight at 135 lbs. as well.