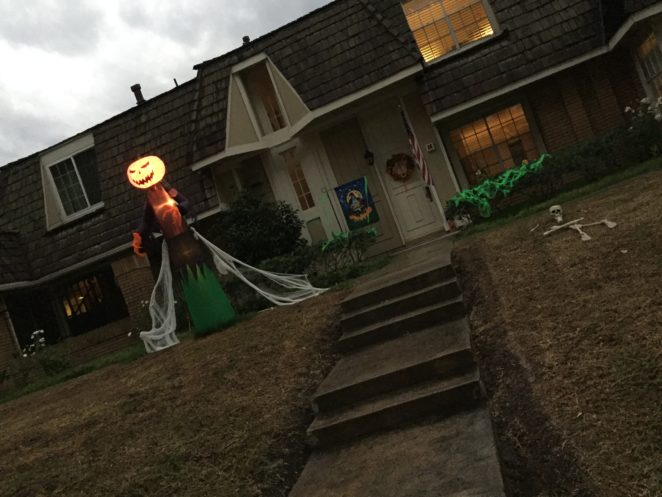 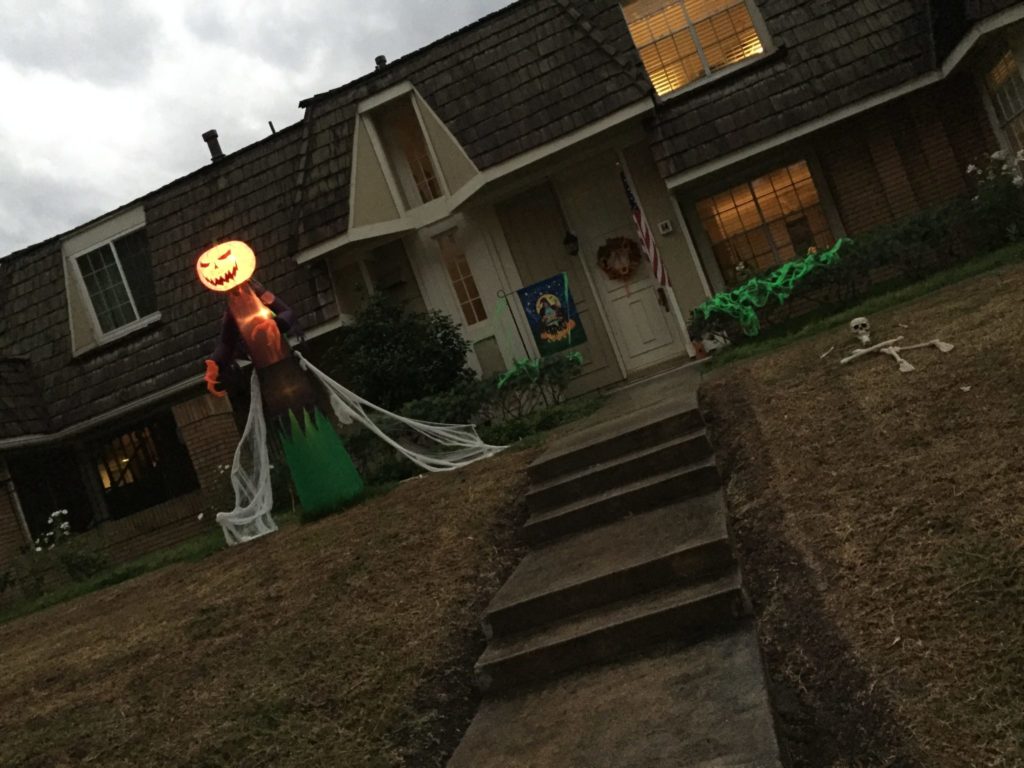 Today felt like a long day. I arrived home at 12:12 pm. I decided to go to Mother’s Market because both Gumby and I were out of food. But I went around 3 pm. I returned home an hour later, put away groceries,  and changed my clothes into my sleepwear. I was going to relax and work on my script, but I suddenly noticed it was 5:30 pm, and I remembered I had a walking group meetup at six. So, I changed my clothes and drove to the local meetup, which seemed to take forever because there was heavy traffic. I finally made it at 5 minutes after six, and the parking lot was full. But I found a space. There were 7 people waiting. 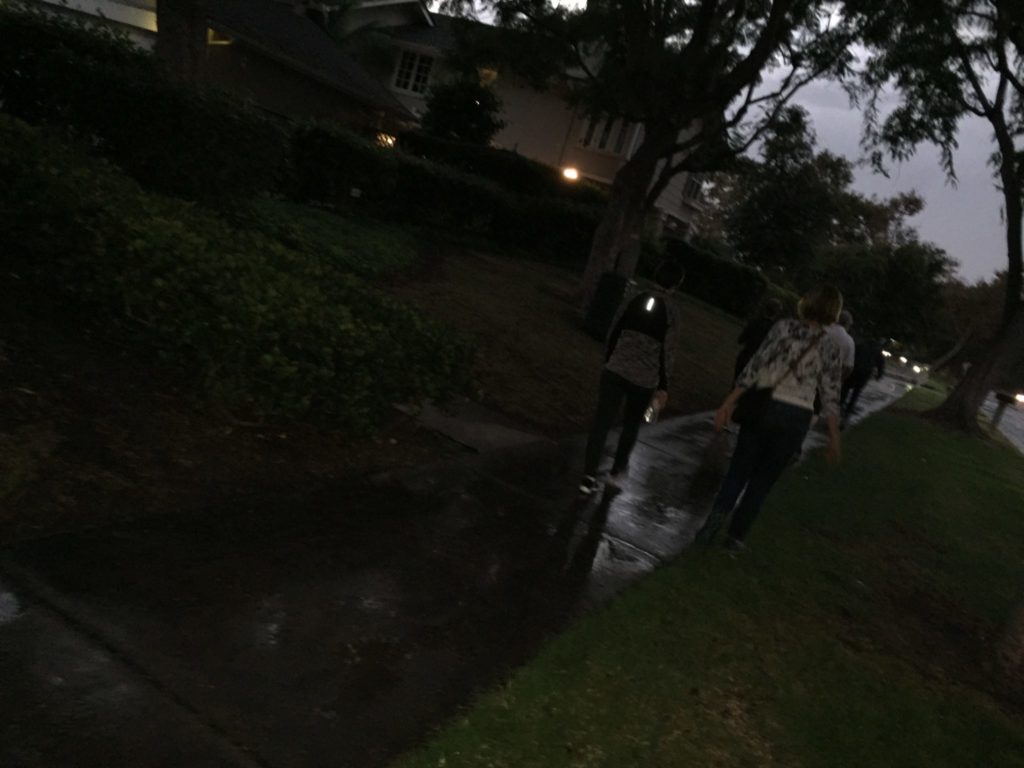 As we started to walk, it started to lightly sprinkle but we didn’t think it was a big deal. So, we kept walking. 5 minutes later, it started to rain lightly, and three women decided to go back. The other three women, man and I decided to go for it because it is only a 2-mile walk and it is probably tropical 5-minute light rain, like in Hawaii. It did rain for 5 minutes and then stopped. I still noticed some wildlife outside–ducks in the lake, geese walking around, and a brown rabbit hopping around. (I hope these poor animals have some kind of shelter). The weather felt nice, cool, and fresh. The ground and sidewalks were mostly wet, but in some areas there were dry spots, which is in indication that some trees would make good umbrellas. I was wearing a sweatshirt with a hoodie. So, I put my hoodie on. But we did stop under one tree for five minutes. 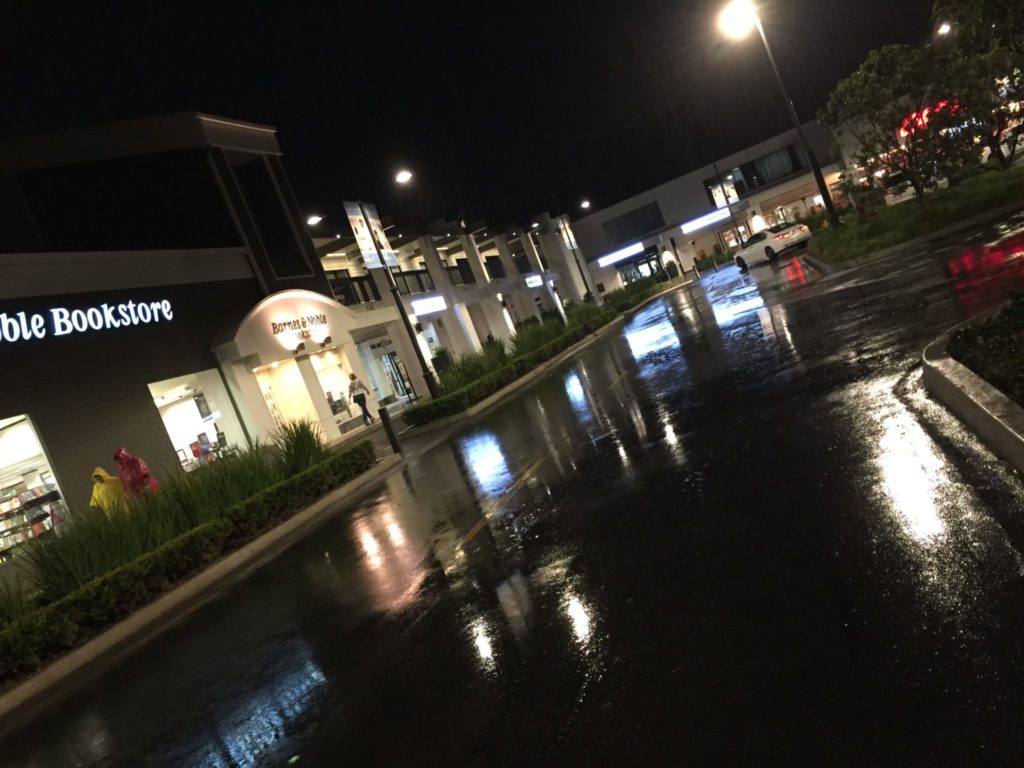 When we arrived at the parking lot, it started to rain again. As I was driving slowly toward my townhouse, I noticed it was raining for 15 minutes. There was also a lot of traffic. I don’t know where all these people are going tonight in the rain. It stopped raining before I arrived home, which really isn’t far. 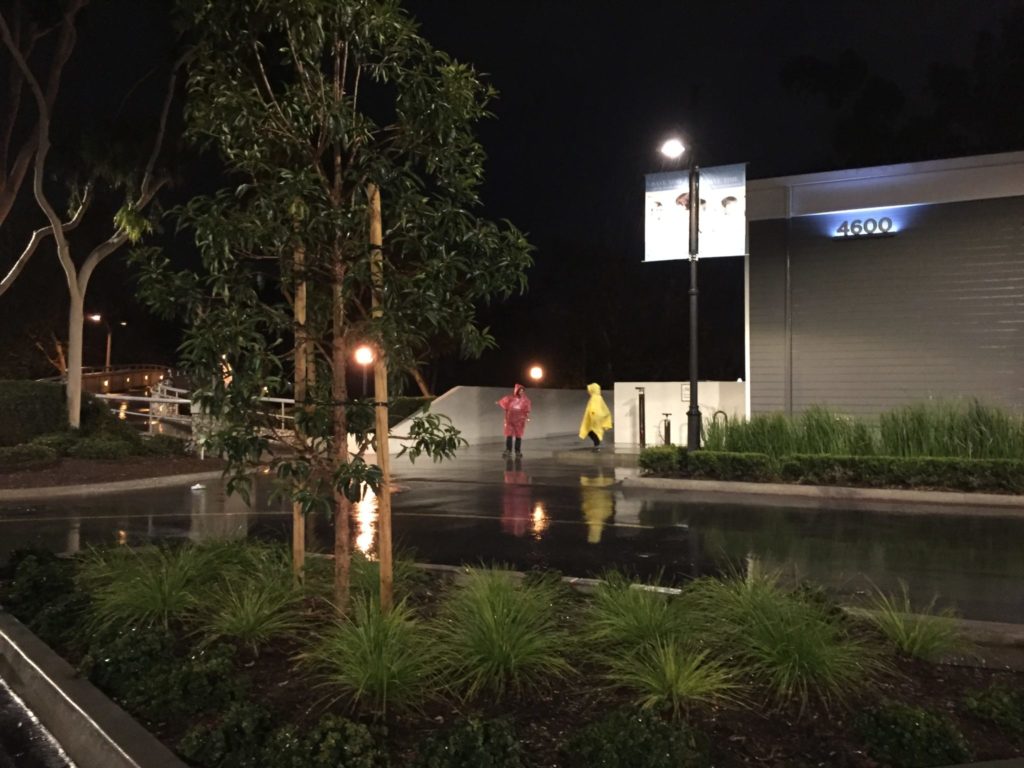 By 7:15 pm, I was home, drinking a cold drink and eating a snack while watching Mad About You on the indie channel. 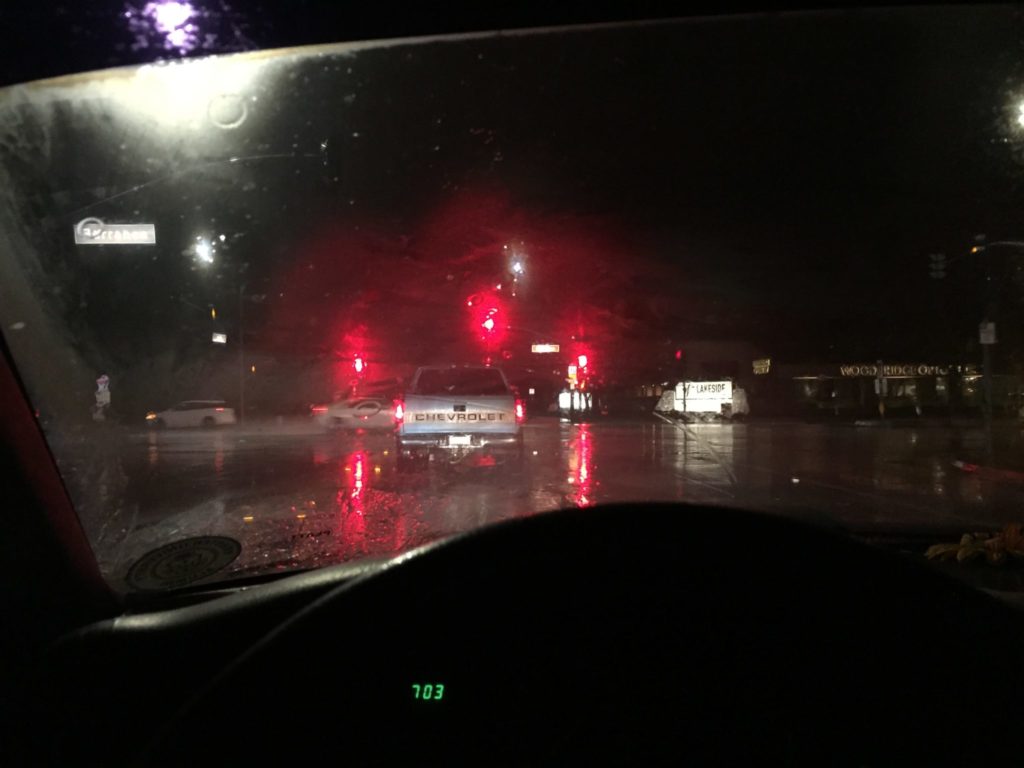 By 8 pm, I noticed the ground outside was drive up, and my old MX-3 car was very dry. At least, it got a good shower and it dried off fast. 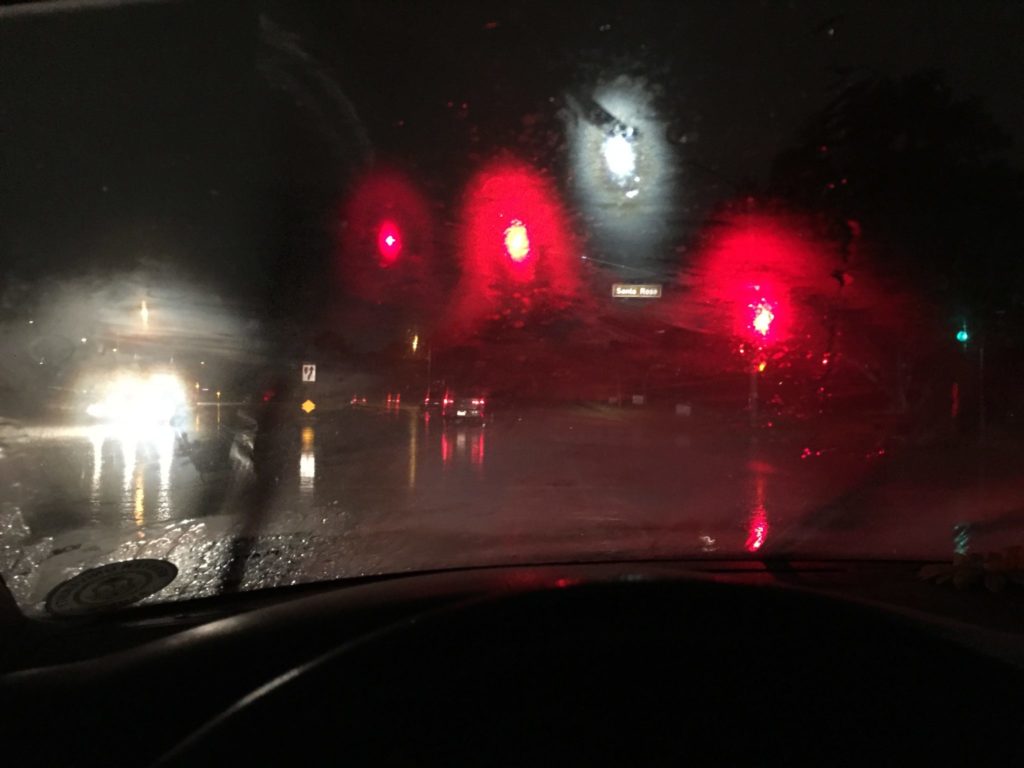 By 9 pm, I noticed that there were occasional thunder and lightning during since six, even when the rain stopped. Two women had mentioned that the weather reported announced rain at 11 pm. So, maybe it will rain on and off until late night and maybe early morning. Southern California does need the rain, before we go into another drought like last year. 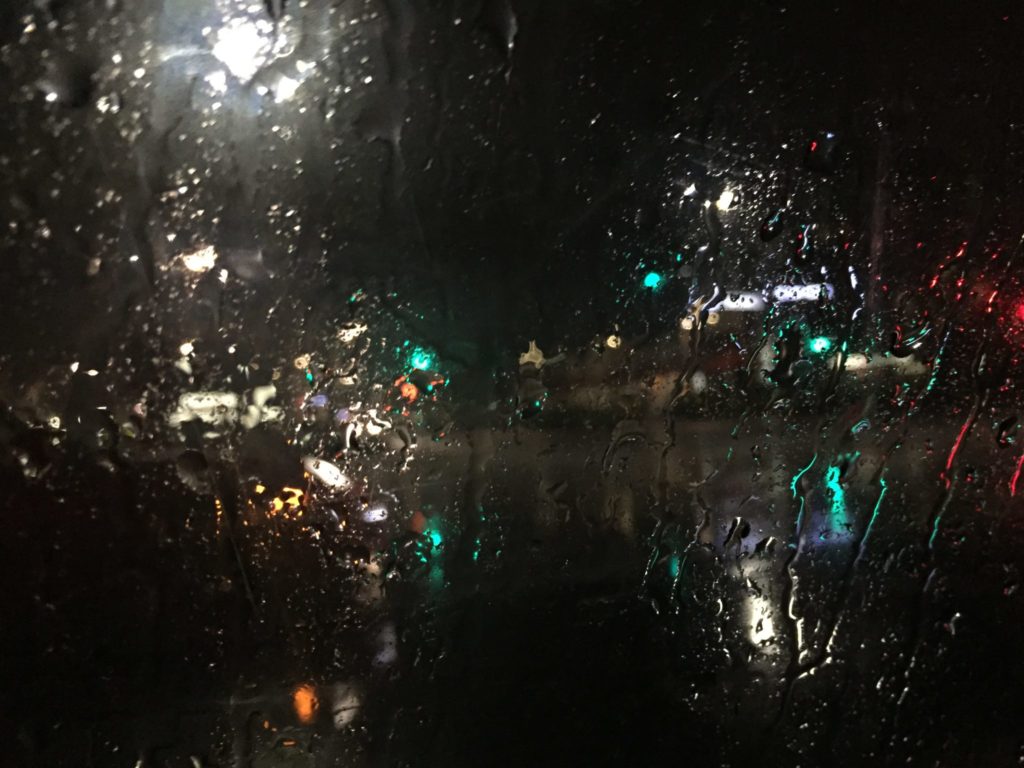 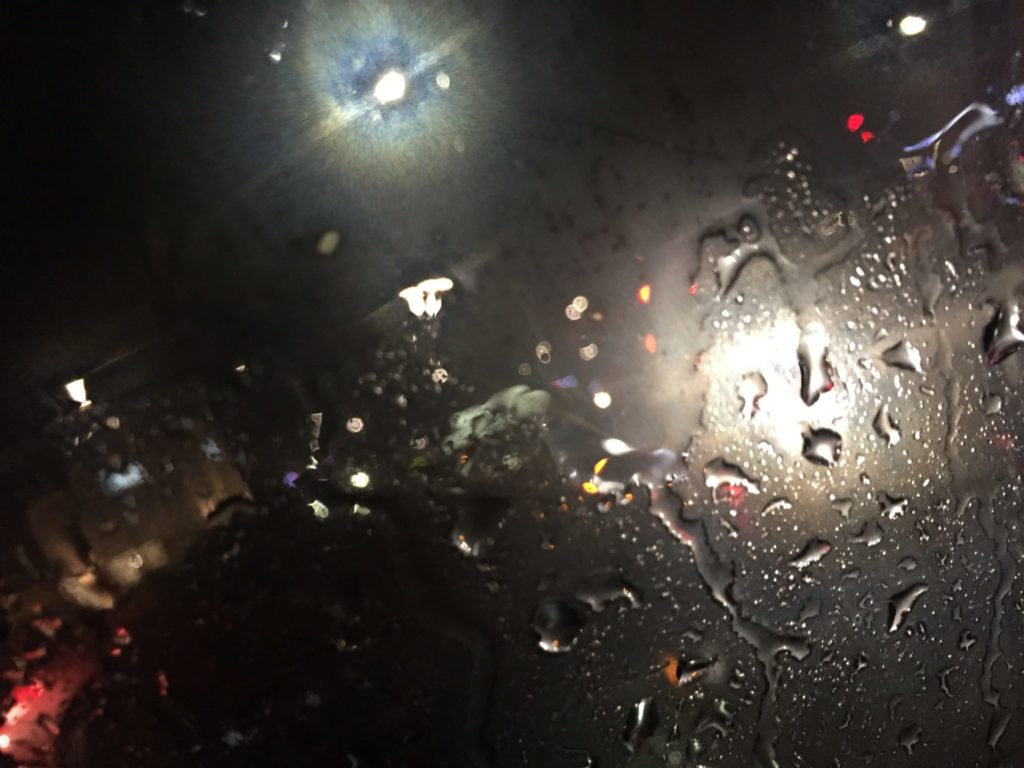 At a busy intersection…no wonder I was driving slowly… 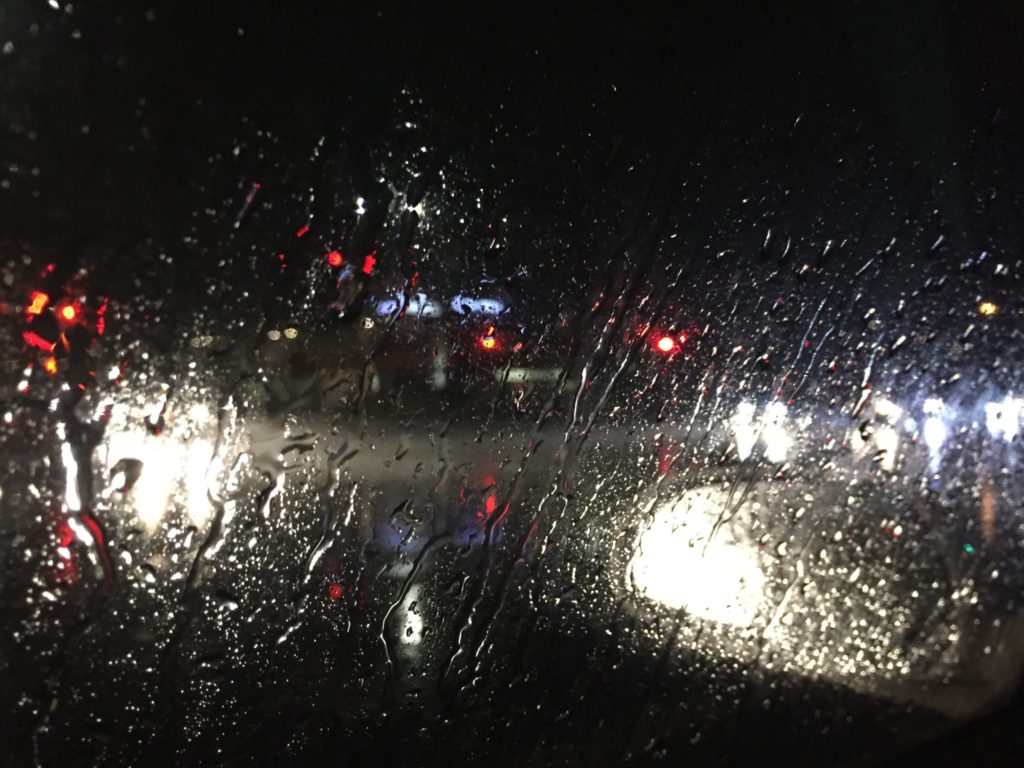 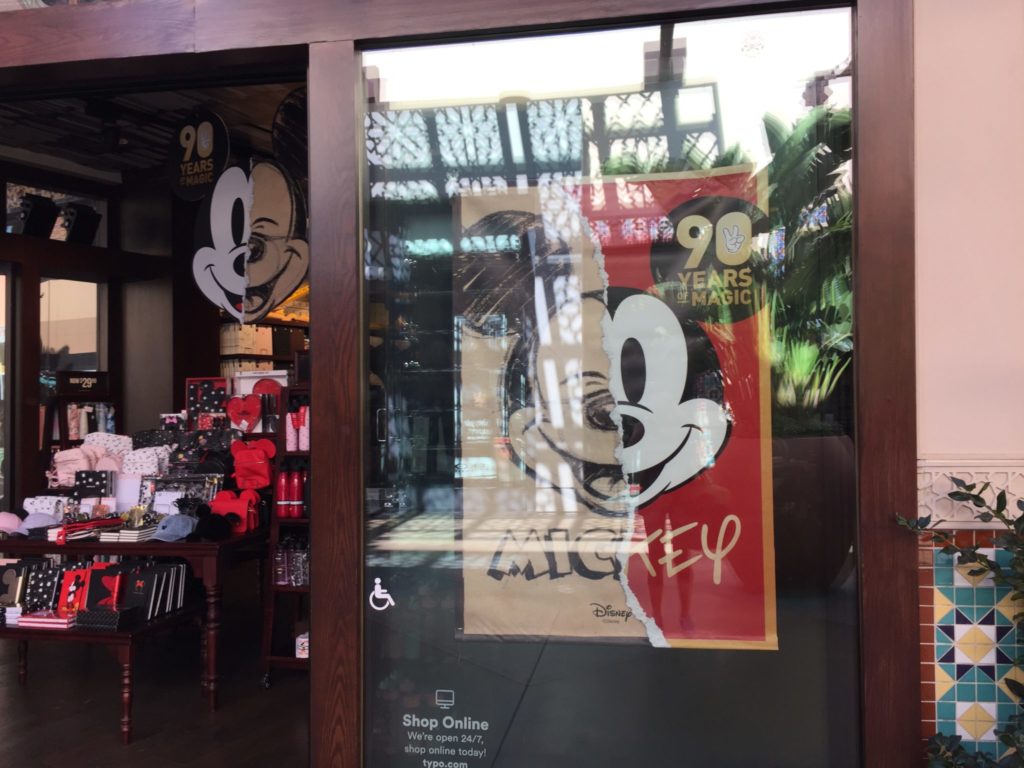 Early at the mall, after my treadmill workout at the gym. I am signing off tonight with Mickey Mouse.