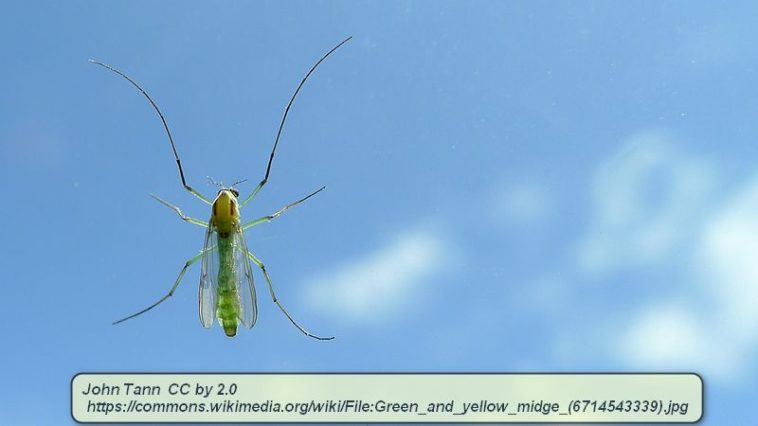 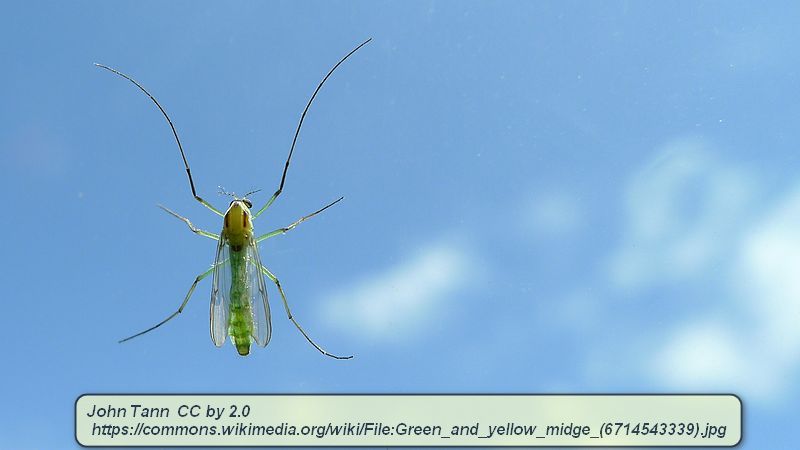 Few people will argue that man, as a whole, produces a great deal of pollution. Much of this can be avoided. However, man also meddles in another way that can cause a lot of unforeseen issues. This has to do with the importation of non-native plant and animal species into places where those species are totally foreign. Doing this is almost begging for a disaster to occur.

Sometimes the importation is purely accidental. For instance, people didn’t purposely import the Norway rat to the US. It causes problems when it happens accidentally. Yet, there are also plants and animals that have been imported on purpose, for one reason or another. This is usually done without thinking through the potential issues resulting from transplanting something that isn’t natural.

There are a huge number of examples that could be used. Dandelions aren’t native to North America, yet they are so invasive that they are found in every US state and most Canadian provinces, as well as in Mexico. This invasive plant doesn’t cause a great deal of problems except for being a weed. 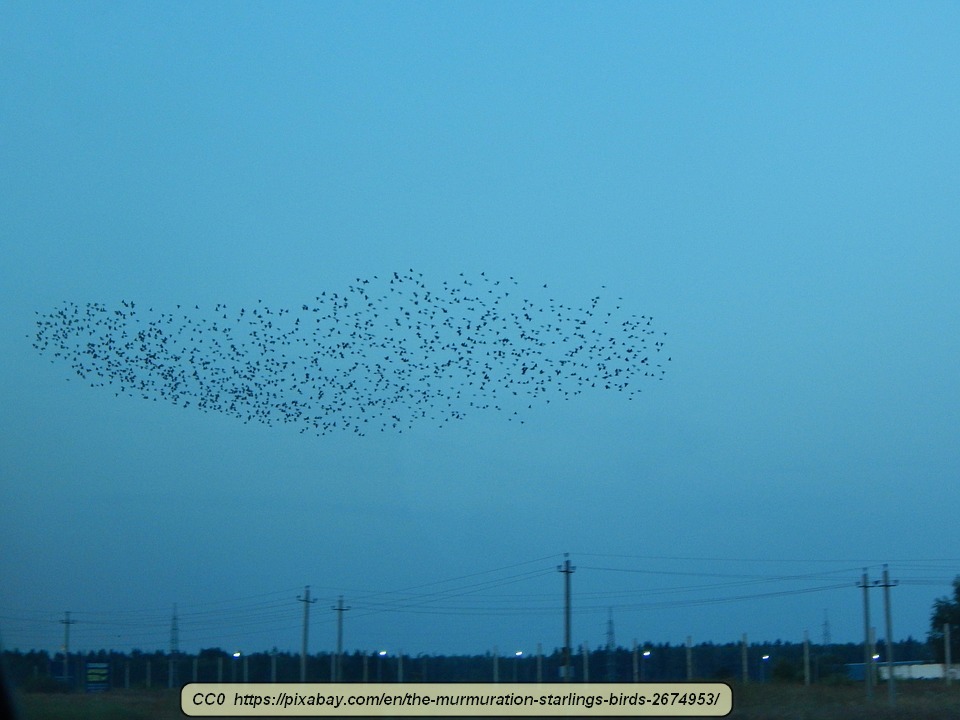 Starlings are another example that is more damaging. Starlings do kill a lot of insects, good and bad, but they also cause a huge amount of crop damage.

The importation of rabbits into Australia is another example of a disaster caused by this meddling.

Sometimes people convince themselves that the plant or animal isn’t troublesome, though. There is an excellent example, called the green midge or alternately, rice bugs. They aren’t bugs, they are midges, but they are tiny. They don’t bite, the adults only live for about a day, and the larvae live in water, where they prey on mosquito larvae and similar water organisms. They sound rather harmless, don’t they?

In southern Oregon, there is a lake called Klamath Lake. This body of water is 42 miles long, 16 miles wide, and has an average depth of 6 feet. Much of the shoreline is marshy, so it is a prime breeding grounds for mosquitoes. It was costing a great deal of money to spray for mosquitoes every year, to control the population. 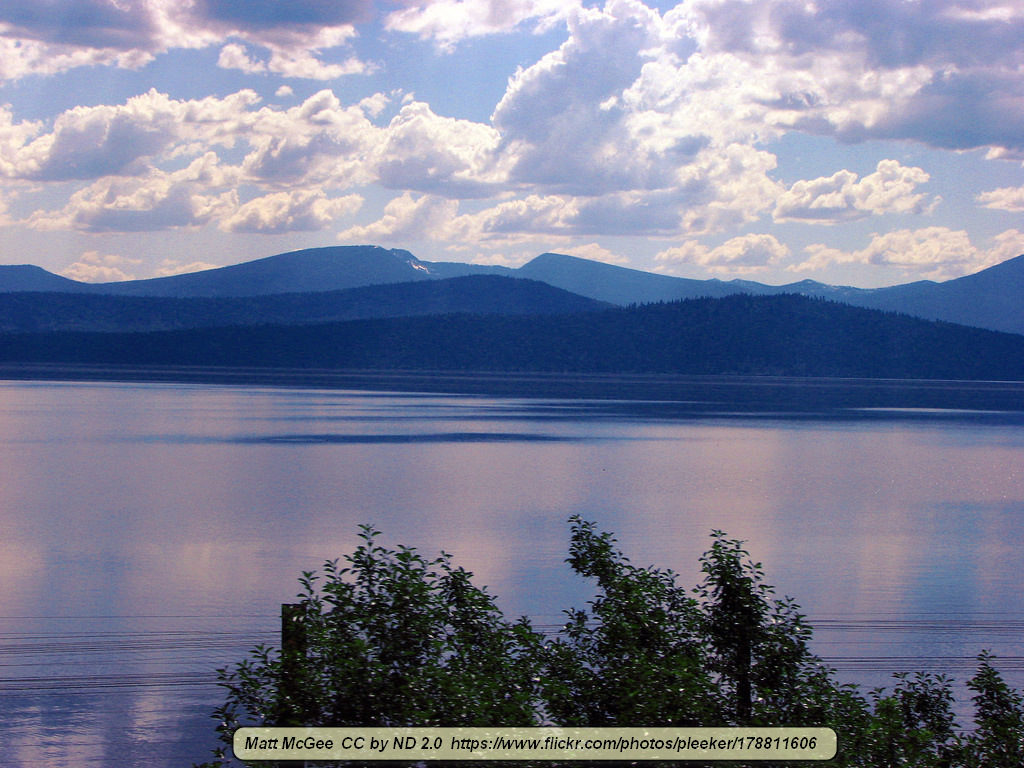 Many decades ago, someone got the notion that this would be a great place to turn loose some green midges. After all, the larvae kill mosquito larvae. Never mind the fact that the midges are native to Asia, not the US. No thought was given to potential problems of turning loose this harmless insect, so this was done.

The midge larvae did a great job of helping with the mosquitoes. They cut the mosquito population in half, approximately. However, it didn’t take many years before anyone had the reason to consider that the green midge had no natural predators in or around Klamath Lake.

By then, the midges were reproducing in the billions and this isn’t an exaggeration. In the late summer, the newly emerged adult midges fly up to mate. They lay eggs, then they die. No problem, right? Yes, problem; the midges are so numerous that they raise up off of bushes surrounding the lake in clouds, literally. They are so thick that it looks like smoke when they fly, normally at dusk. People driving around the lake at that time usually have to make one or more stops to wash their windshields because the midges will totally cover the windows. Day after day, there are also dead green midges to contend with. These will cover window sills, sidewalks, and entryways to a depth of several inches. That is a lot of midges! 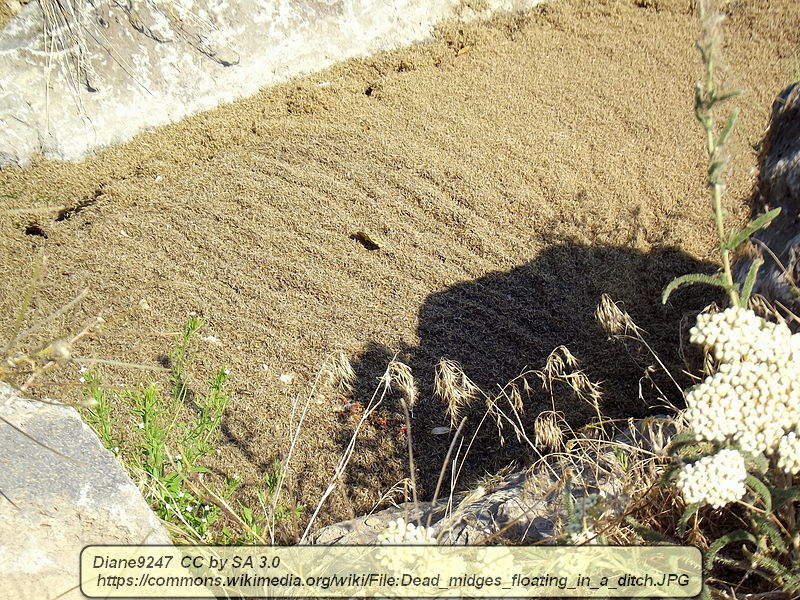 Inches of dead midges covering a ditch near Klamath Lake

Because the lifespan of the adults is so short, they can’t be effectively sprayed. Spraying doesn’t even do much to the larvae.

In the decades since green midges were released at Klamath Lake, only one creature has adapted to include green midges in their diets; the little brown bat. The problem is that there aren’t enough of them. Little brown bats were never very numerous and the numbers declined after the midges were released because, in that area, one of the main prey insects for the bats was mosquitoes. The midges cut the mosquito population in half, which resulted in a drop in the number of bats. Uninformed people also killed many little brown bats, thinking that they were major disease vectors, which they weren’t. 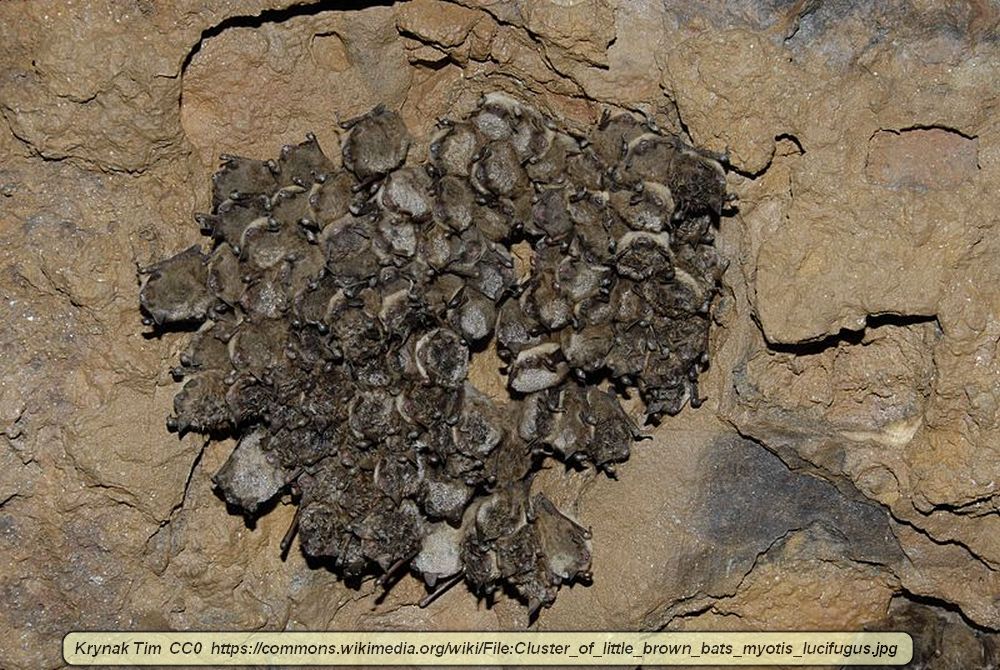 So now, the bats are gradually increasing in number, not aided by the fact that a female little brown bat only has one pup, every other year. The bats do eat green midges, but the problem remains due to the huge number of midges compared to the tiny number of bats. The midges do kill mosquitoes, but there is also a large population of mosquitoes. There just aren’t as many as there once were. Is there an answer to the problem caused by the meddling of man? At this point, only time. Eventually, other creatures will adapt and start eating the midges, until an equilibrium is reached. That is probably decades in the future. Even then, the midges will be a seasonal problem.

The sad thing is that man simply doesn’t learn from the lessons of the past. Plants and animals are still transplanted into areas where they don’t belong. Problems continue to occur because of the meddling. Until man stops being so arrogant and learns that he isn’t God, issues like this will continue to happen around the world.