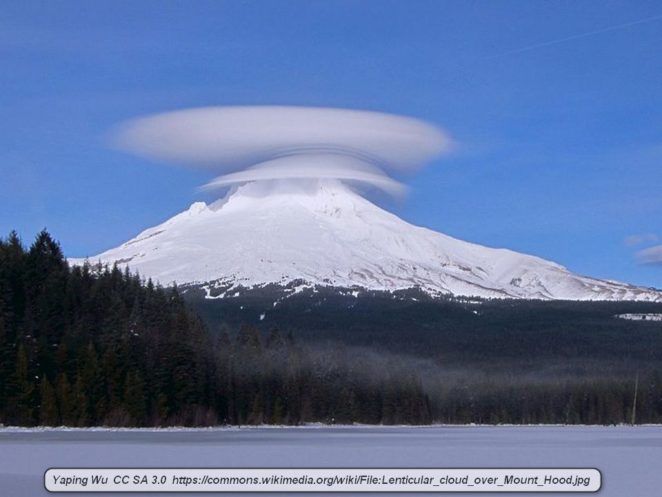 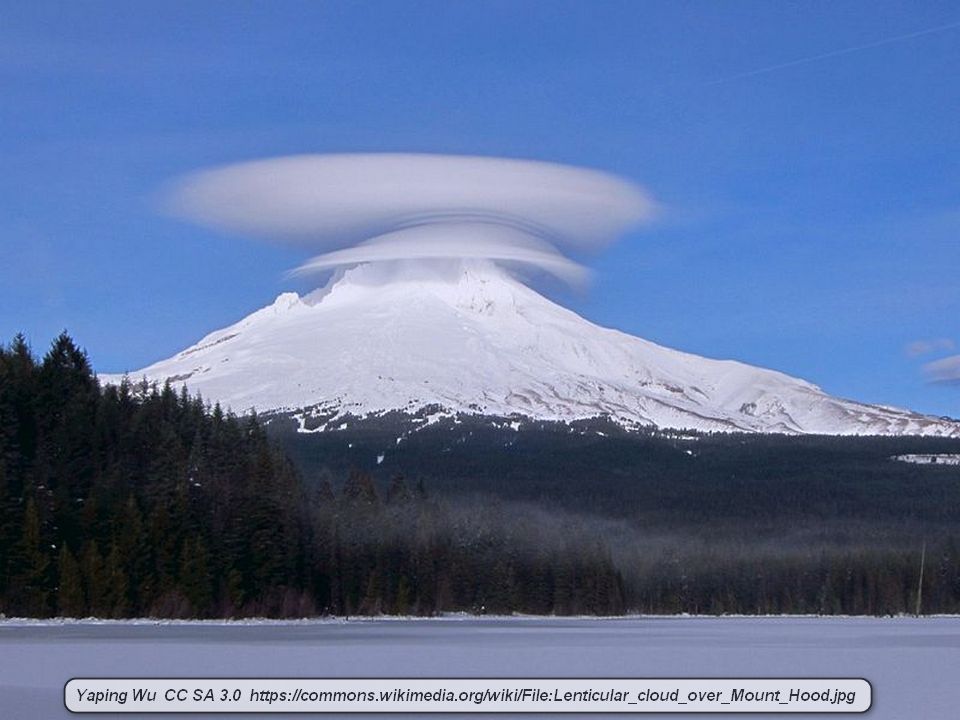 Cause of lenticular clouds 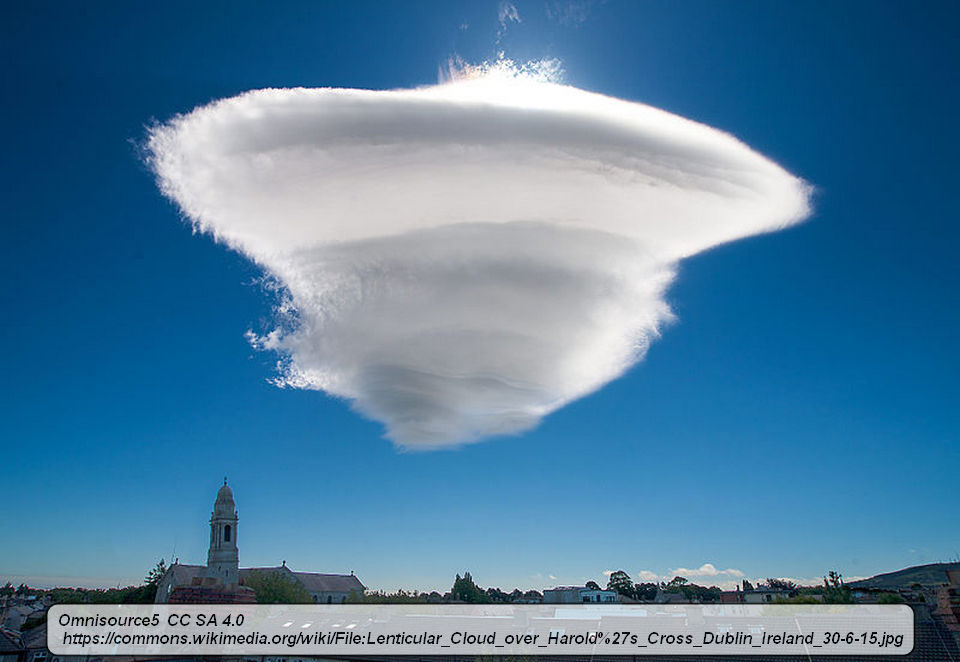 Lenticular clouds occur when a moisture-laden but fairly stable air mass flows up over the top of an obstruction, such as a mountain. This causes ripples in the air that are similar to those formed when a pebble is tossed into a pond. The clouds form when the tops of the ripples are at the dew point, causing the moisture to condense into water droplets.

As the condensing cloud flows down to the bottom of the ripple wave, where the air is above the dew point, moisture that has condensed does a reversal and starts evaporating. The result is the beautiful lenticular clouds that can be quite saucer shaped. 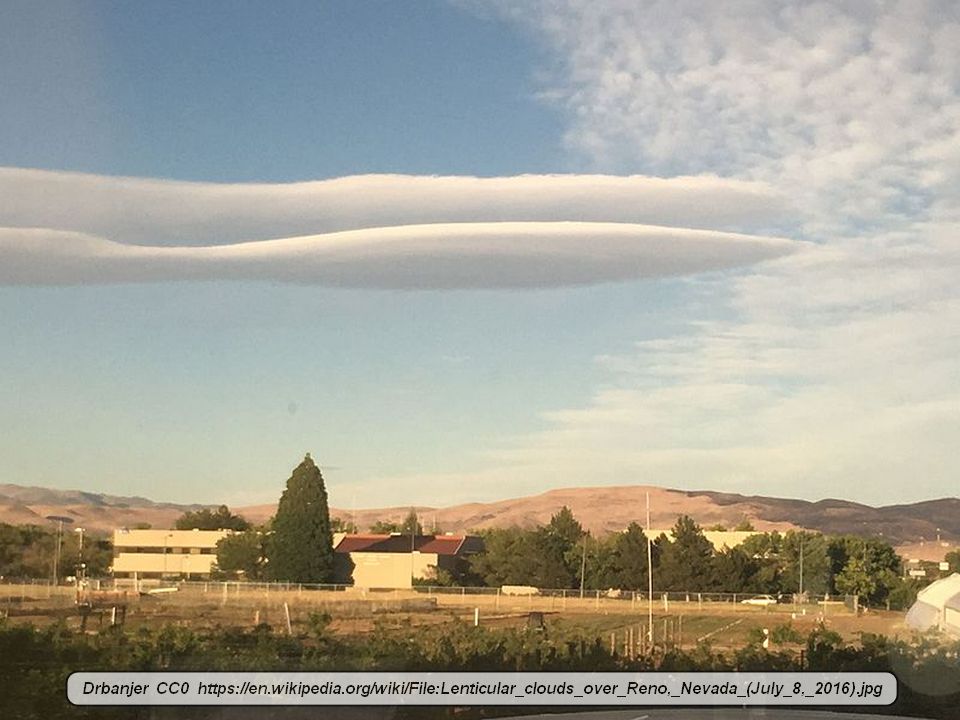 Many aircraft pilots avoid lenticular clouds because of the air ripples and turbulence they can cause. Glider pilots often seek them out, though, because of the additional lift they can get from the updraft that leads to the top of a ripple. This is rather like riding the wave in surfing. 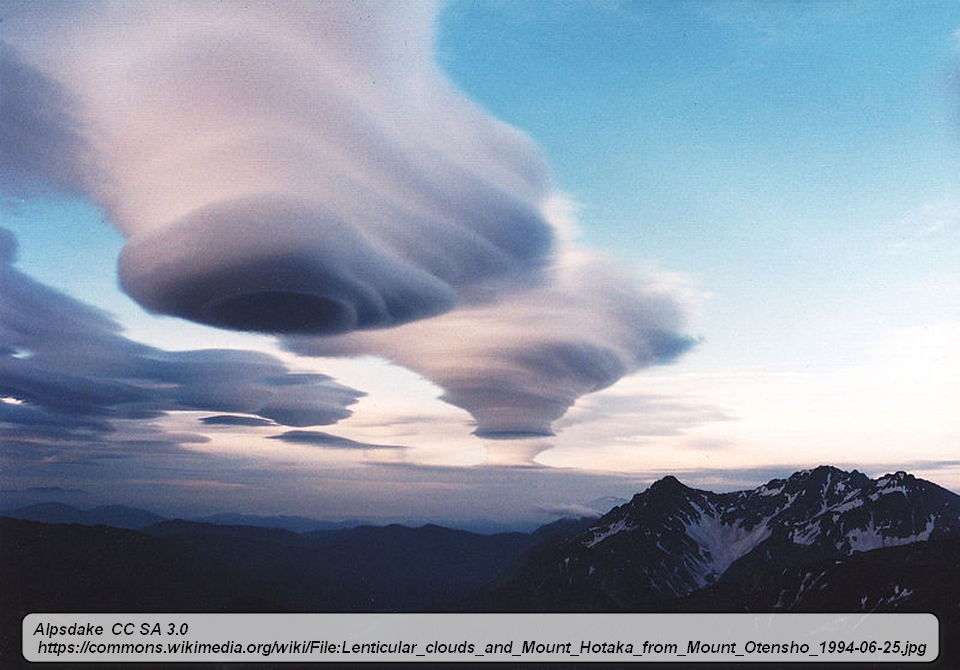 Some places are known for lenticular clouds, while other places seldom have them. Still, this is a cloud formation that many people find mysterious, though there is no mystery in how and why they form.