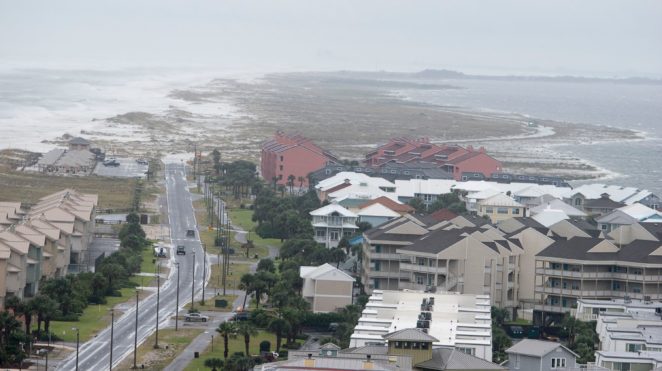 The Sea Storm Michael hit Florida’s coastal city of Miami which has spread destruction, many areas are completely destroyed millions of people were affected. Most of the trees and electric poles fell in Florida’s coastal areas, the storm speed was 250 kilometers per hour, and the ceiling of many houses flew.

Electricity and communication system fully disturb and educational institutions, offices and several airlines were also effected and closed.  While  2 million homes and businesses center have lost the electricity. However,  Category 5 storm, the area has been imposed emergency.

US officials instructed 5 million people to leave the place immediately in Florida, According to officials, the storm waves can be up to 14 feet, while  the situation is very dangerous in sea. In addition to this, Emergency has also been implemented in Georgia and Alabama on the hurricane in Florida.

Hurricane Michael is worse sea storm in the America’s 50-year history and up till now 14 people have lost their lives.