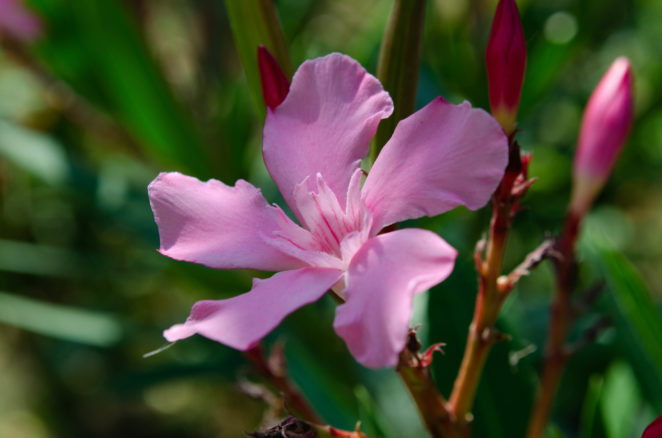 It reaches 2 to 6 m in height, with straight stems that dissolve outward in the process of growth.

It is native to or cultivated from Mauritania, Morocco and Portugal, eastward through the Mediterranean region to the Arabian Peninsula, southern Asia and some parts of southern China.

Historically, oleander has been considered a poisonous plant. Some of its ingredients are toxic and can be toxic, especially to animals when consumed in large quantities.

Despite the widespread perception that oleander is highly poisonous, very few cases of oleander poisoning are known.