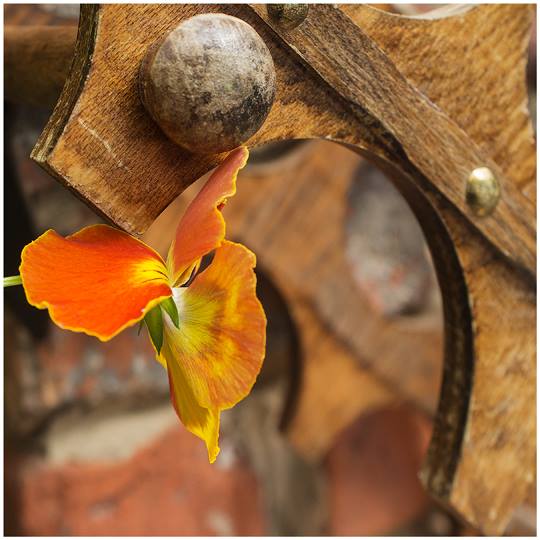 We as humans are arrogant; we feel we’ve put an indelible stamp on the world. With our arrogance comes the fact that we’ve forgotten about the principle of impermanence. We simply think that everything we do is ‘immortal’ and that our story will continue to be told even if we disappear.

However, if you look around the world you’ll be surprised to find images that belie our beliefs. We are not a permanent fixture – if we disappear it will only take nature a few years to erase our memory and return the world back to the way it was meant to be.

On my travels I came across an old bench – it was decaying and rotting, but also the wildlife around it was beginning to overtake it. Tendrils of life were infiltrating its so called permanence are returning it back to nature.

A few days later in my quest for items lost in nature I came across an old bike. Again nature had already began to reclaim this old artifact of mankind.

We may think we own this world of ours, but we are simply tenants; once we leave Mother Nature will return the Earth to it’s former glory.