The District of Columbia is suing Monsanto for intentionally dumping toxic chemicals into the nation’s capital that were banned by the USA back in 1979.  The chemical is called polychlorinated biphenyls (PCB’s).  The chemical was used during the 1900’s to cool down transformers and large computer equipment.  The problem with the chemical is that it takes PCB’s around 15 years to fully dissolve in water.

Maybe, this toxic dumping sort of explains why American politicians have been acting daffy for quite some time in Washington, DC.  Our nation’s capital is a waste dump. 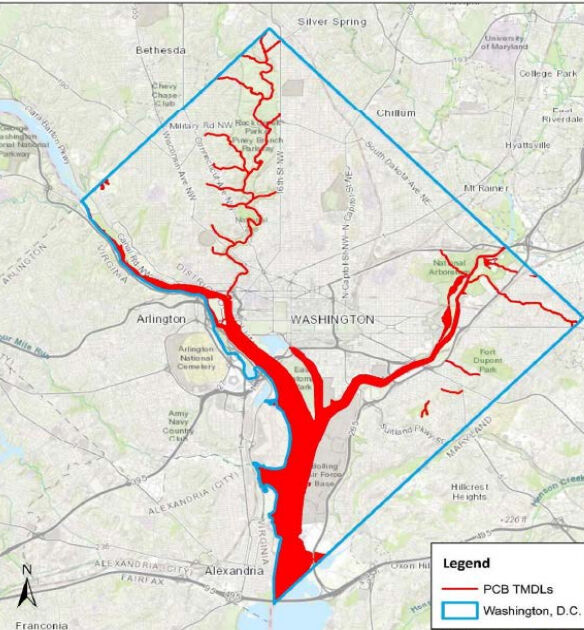 The map shows how the dumping of toxic chemicals flowed throughout the entire District of Columbia.