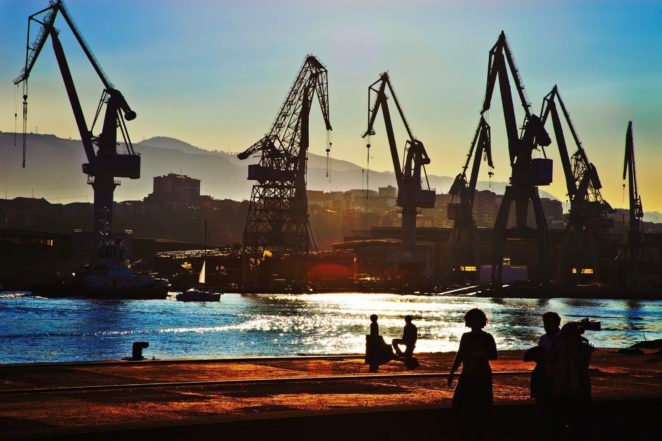 ➰(Sestao/Bizkaia)➰Ships and boats built in these yards:Transatlantic Alfonso XIII: with 146 meters in length and a capacity of 1,809 passengers, was inaugurated by King Alfonso XIII in 1920.

Tove Knutsen: 105,000 TRB tanker delivered in 1989 to Norwegian shipowner Knutsen OAS Shipping AS. At that moment it was ship of greater sleeve thrown in the Ría of the Nervión.

Vizcaya: Launched in 1889 and sunk in 1898 during the Cuban War. It is worth mentioning that this ship is part of the Sestao Shield.