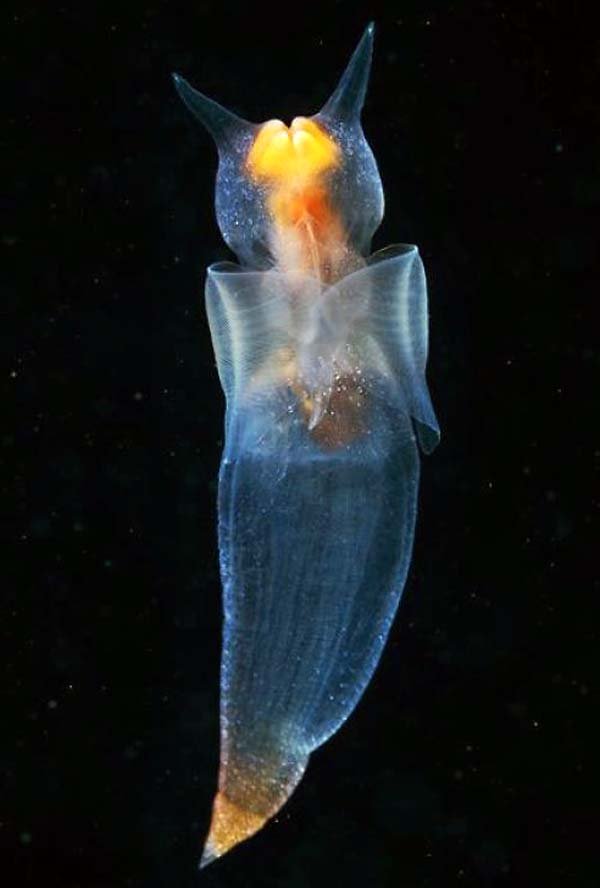 In the depths of the ocean there is a beautiful creature called a sea angel, but he rarely appears in the camera. Now after watching its charming video, some people have said that it is a CGI video made on computer.

This video was made by Alexander Semenov, who searches for inhospitable (without spinal) animals in the depths of the oceans. For the past nine years, he has been photographing the marine environment and living things. So far, he has collaborated with many scientific institutes to create videos and pictures of amazing marine animals.

His special particular interest are the colorful plankton on the seabed, which look beautiful and bright. Because of their research, people around the world are taking an interest in these animals, and even young people are turning to this important but difficult field.

He recently made a beautiful video of a sea creature called the Sea Angel, which is very small to look at, but he has worked hard to capture it in the eye of the camera. ۔ The colorful sea angel is very beautiful and the viewers of the video have appreciated his efforts.

The Angel is seen in vibrant colors and can be seen in the colors of the rainbow. Someone has called it a sea butterfly on YouTube, while others have expressed interest in keeping it as pet. Many people have also asked if this animal is not poisonous.