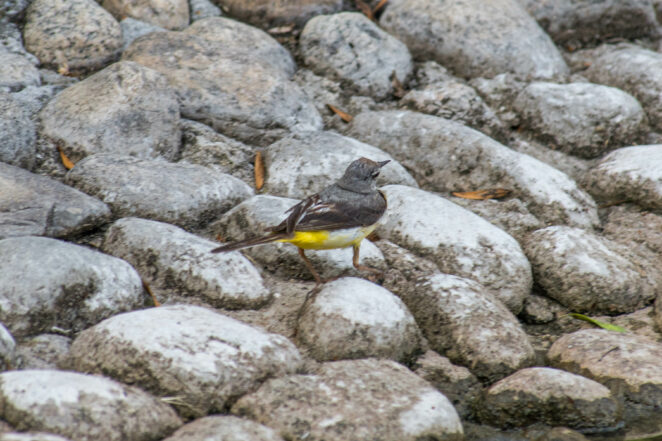 It is a small songbird that is also found in Bulgaria.

It is most common along streams, lakes and swampy meadows high in the mountains.

It feeds on insects and their larvae, which it collects on the banks and shallow streams.

It builds its nest in holes between rocks and crevices in the mountains.

This is exactly what I was shooting in one of the city’s parks.

The young mallards chased her, as if she were a great enemy 🙂