Since this is Labor Day weekend, the laborers and farmers in Burkina Faso want you to know that genetically modified (GMO) cotton from Monsanto is absolutely horrible. The GMO cotton is so bad that the African country has banned GMO cotton and GMO cotton seeds since 2016.

Monsanto introduced genetically modified cotton to Burkina Faso back in 2008.  The agricultural giant claimed that the use of their GMOs would help to end poverty throughout the country because the farmers would receive bumper cotton crops from using their product.

From the outside looking in, this deal with Monsanto was going to turn Burkina Faso into one of the most prosperous countries in the continent.  However, the country experienced major problems dealing with Monsanto.

The problem was that the genetically modified cotton fiber content was lower than normal cotton.  As a result, the cotton produced less lint.  Therefore, cotton companies lost millions of dollars annually.

The issue with less fiber is also associated with other GMO products like corn and soybeans.  The less fiber in these food products contributes as to why consumers are becoming more obese because GMO products are harder to digest than organic products.  Having less fiber means that the food loses some of its water solubility. 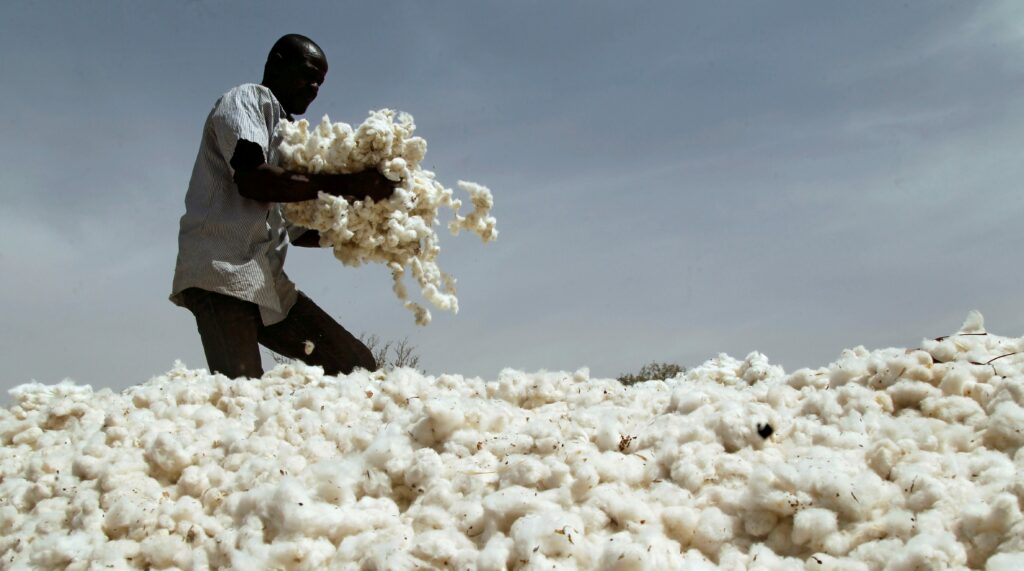 A picture of a farmer from Burkina Faso working in his field.