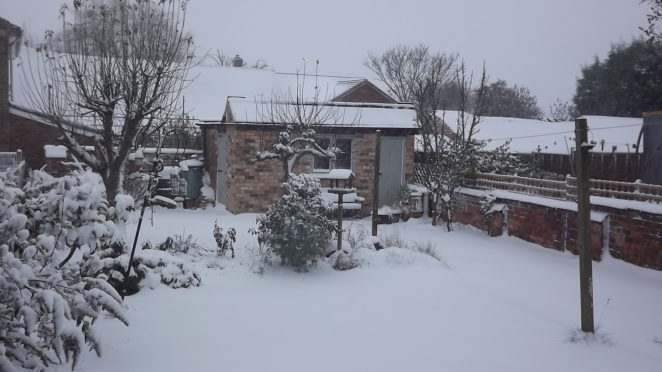 Yesterday there was no snow in our village, but this morning there is plenty! The snow is forecast to continue falling for the whole of the morning and into the afternoon, so this scene might get even more wintry before we’re finished!

Weather like this is bad news for birds, and especially for ground feeders like blackbirds. I restocked the bird feeder yesterday with seeds and fat balls, and these have proved popular with our regular visitors – mainly sparrows, starlings, woodpigeons and collared doves. The pigeons and doves have learned how to take seeds by standing on the framework of the bird feeder. There are two seed dispensers – they can reach one but not the other.

However, our resident blackbirds have always relied on the other birds to do the donkey work for them. The starlings love the fat balls but are particularly messy feeders and regularly knock lumps of the balls on to the ground, where the pieces are gratefully received by the blackbirds.

But today the blackbirds have a problem. The female decided to dig a hole in the snow to reach the spot where she reckoned there would be food that the starlings had knocked off – and it looks as though her efforts were rewarded: 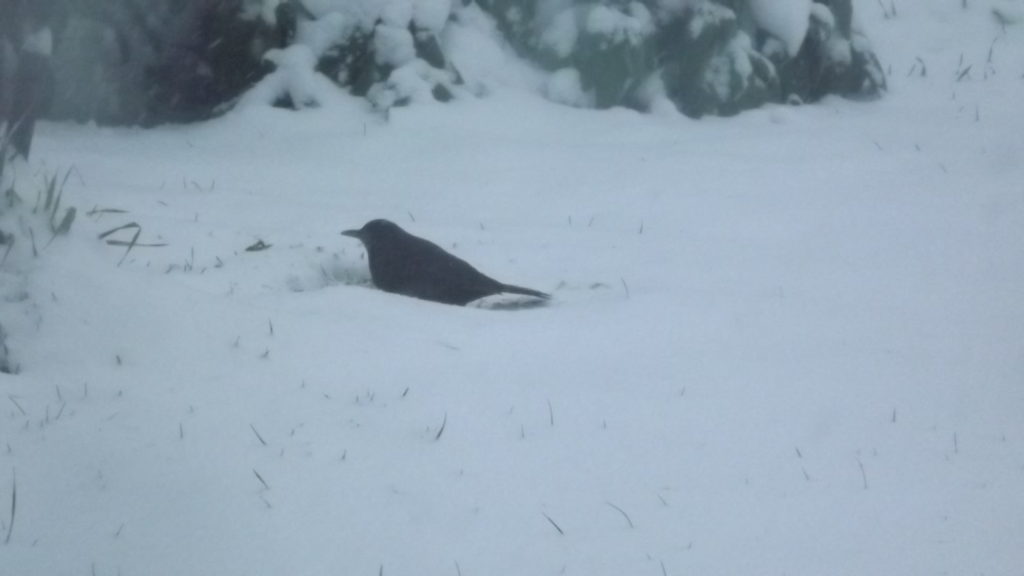 After she flew off, the male blackbird arrived. It looks as though Mrs Blackbird had found all there was to find in her snow hole, so her husband did something that I have never seen a blackbird do before, which was to abandon ground feeding and take food directly from the bird feeder: 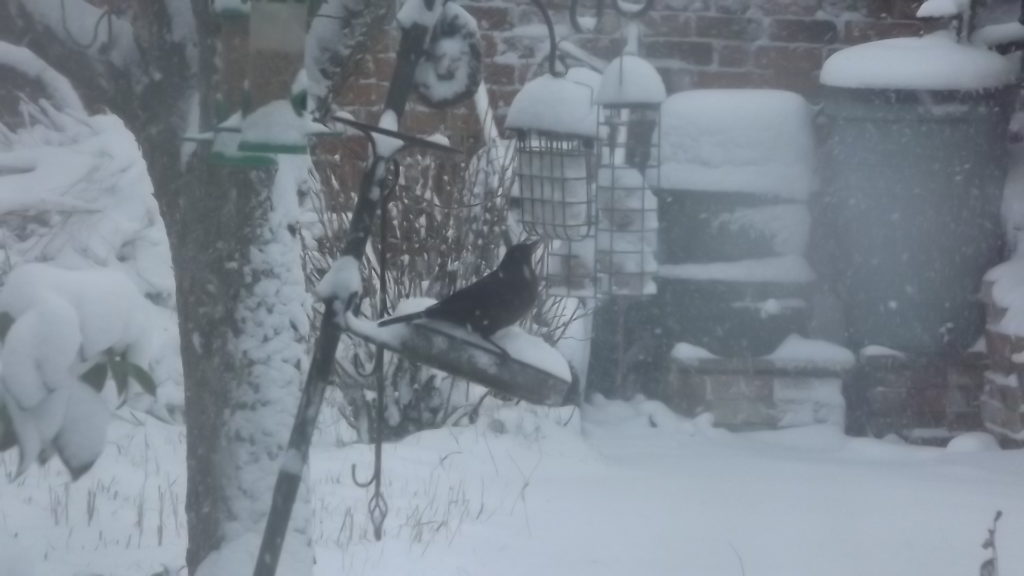 He could not do what the starlings do, which is to grab hold of the bars of the feeder and hang upside down to feed, but he could peck at the feeder as it swung backwards and forwards, much as the pigeons and doves do with the seed feeder.

At least both blackbirds had a meal this morning!

(Apologies for the poor quality of these photos – taken hand-held with a long lens through a glass door with snow falling!)