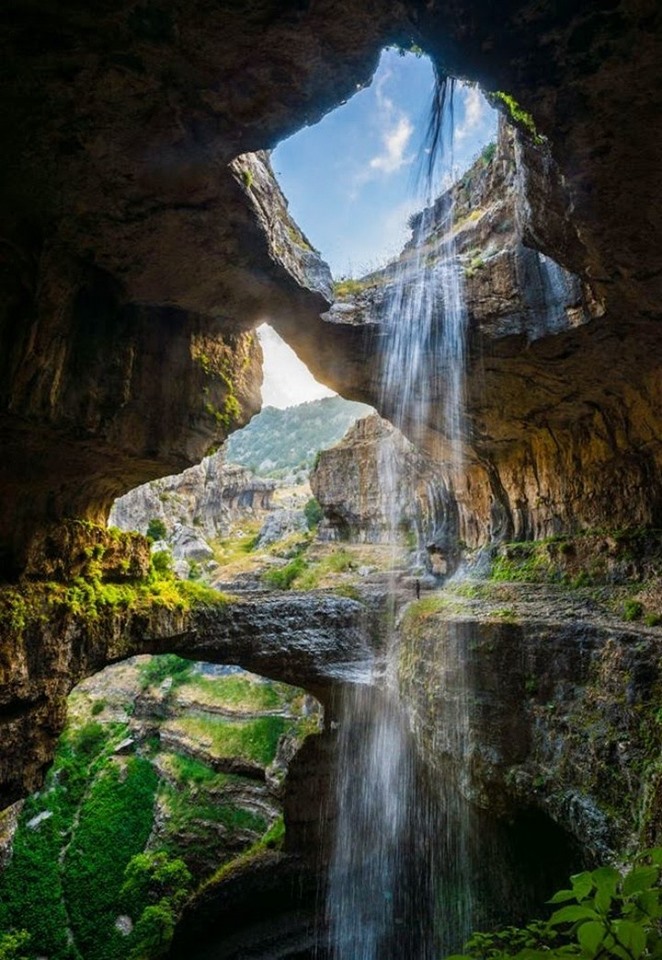 Baatara gorge waterfall is located in Lebanon, in a cave known as the “Cave of the three bridges” in the pristine landscape of old about 160 million years ago. The cave was discovered only a little more than 60, and explored and mapped prior 30-odd years.The waterfall is most abundant during the spring season when the snow melts around the cave, and when large amounts of water to the sound of thunder disappear in the 255-meter deep abyss.