“Are you Feeling Lucky today?”

In the ’70s through early 80’s I was a cop for a brief spell before joining normal humanity. For openers, there is nothing normal about working in any “emergency services” or “law enforcement.” Just the job names are indicative of trauma and stress.

One day as a rookie cop, after completing my night shift, one of the K9-units was customarily taking me home, when the radio squawked out a message: “Control to K9-unit 6, do you copy?” Little did I know that within an hour of hearing that message, I would literally be staring death in the face. “K9-6 standing by control.” the day shift officer responded. “Are you in the vicinity of highway M14?  “Affirmative, control.” He responded.

“If you head out towards Hillcrest, now, you will be able to head off two caucasian fugitives in a brown Chevy heading your way. They have robbed and seriously assaulted a gas pump attendant and fled the scene, heading towards Hillcrest.”

The Sargeant looked at me and asked whether I was up for it and naturally I agreed. Soon we were heading towards the Hillcrest turnoff about 10 kilometers away to the west of the coastal city of Durban in South Africa, where I lived and worked.

“Control, K9 unit 6 standing down at Hillcrest turnoff.” He reported. “Our Helo is tracking the Chevy, it is about 5 kilometers away.” 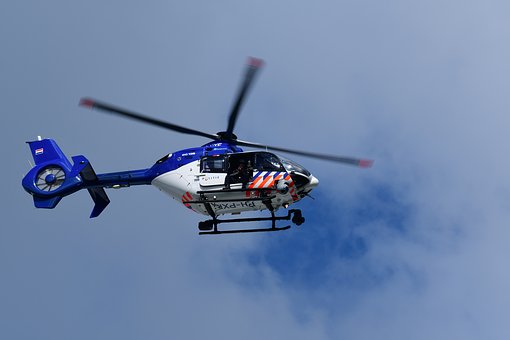 As the Chevy passed us, we gave chase. As soon as they spotted us the driver increased his speed. The Chevy was no match for our turbo-charged Chrysler Valiant and soon our car was drawing level with their Chevy. I remember glancing over to our speed indicator and the needle bounced between 100 and 120 kph.

The Chevy was on our passenger side and at times, the distance between the two cars was less than a meter. Blue lights flashing and siren howling, I tried to shout to them to pull over. For a brief moment, it seemed like they were going to stop, then with a puff of exhaust smoke, the Chevy lurched forward, rocking dangerously from side to side.

Once again we were alongside and this time The Sargeant handed me his .38 Special service revolver. “Shoot out their tires,” he shouted above the din. I had nanoseconds to obey or abort. I chose to show the driver the gun, and that I was going to shoot out their tires at 120 kilometers per hour unless he stopped now!

He was stupidly attempting to keep on speeding when I clearly saw his passenger yank the steeringwheel towards the curb. Suddenly, the car lurched violently and looked like it was going to overturn, and seeing this, we fell back to avoid a possible collision.

When we got to the car both men held up their hands and surrendered. After “Mirandizing” them to formally charge them with aggravated assault robbery and the additional charges of fleeing the scene of a crime, reckless driving, and resisting arrest, we had to take them to the Hillcrest Police precinct. Our dog unit had a small lockable dog-cage in the back and the Sargeant decided to transport the co-accused in the locked cage, I was escorting the driver in the Chevy at gunpoint.

All went well, driving the few kilometers to the turnoff to Hillcrest precinct when he started speeding towards the solid concrete flyover to the police station. “I’m not going to jail, cop, after beating that guy to a pulp, you must be stupid to think I’m going to any jail, I’m going to ram that wall and kill me a pig today.” He said and accelerated. Once again that morning, I had seconds to decide what to do. 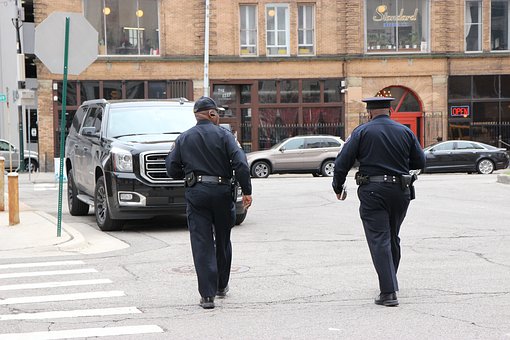 “You will experience unimaginable pain a short while before me, are you feeling lucky right now?” I asked as I pushed the cold steel barrel of the Colt .38 “Special” up between his thighs as far as it would go.

The concrete wall was looming up ahead and if I was going to do anything, it had to happen right then,  I thought. I dramatically cocked the pistol and prayed that his fear of pain superseded my fear of dying. 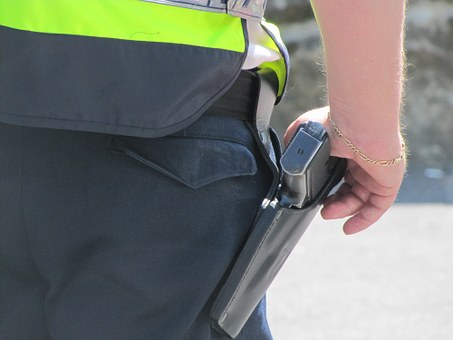 With seconds to spare, he stomped on the brakes and stopped mere inches from the wall. The Sargeant appeared as from nowhere,  and roughly grabbed and cuffed the felon.

I asked him, how he could tell what was going on with the Chevy. He explained that he had noticed the car suddenly start picking up speed and knew the driver was going to do something stupid. He instantly grabbed an off duty cop hanging around at the front of the precinct and immediately chased after us.

These two perpetrators had been on the run for robbery and car theft in another province which gave impetus to his threat about not being willing to go to jail.

Happy to be getting home alive, adrenalin pumping, my neighbor greeted me, asking: “So, Andy, how come you are so perky this morning, were you catching some on the job shut-eye?” To which I replied, I sure was catching something, but it wasn’t shut-eye…”

If you liked this article and would like to read more posts by this writer, please CLICK HERE