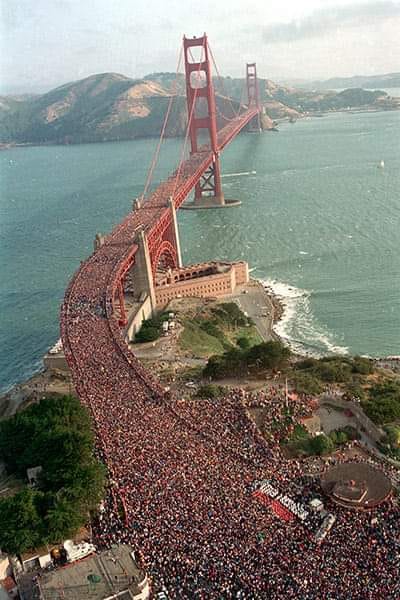 taken in 2012 to celebrate his 75th birthday … The bridge was opened on 27 May 1937, and since then more than two billion vehicles passed over it . Project engineer by Joseph Strauss was named after the strait over which hangs. When it opened it was the longest suspension bridge in the world, and it remained there until 1964, when it was built a bridge Verzazano in New York.