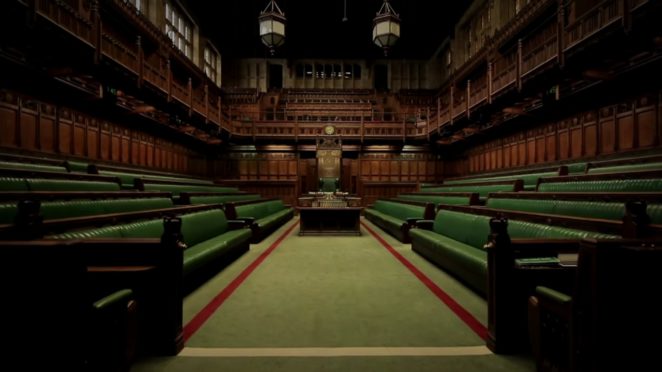 The instruction to “toe the line” is given when somebody is threatening to “step out of line” and behave in a way that breaks the rules. But where does the phrase originate? There are British and American accounts that offer an explanation, but – as one might expect – the American one can be discounted as complete nonsense!

According to the US Navy, toeing the line has to do with an old shipboard tradition. This refers to the lines on board a ship’s wooden deck that marked where one plank abutted another. In order to make the cracks between the planks watertight they would be packed with “oakum” (old rope that had been picked apart and the fibres beaten into a solid dense mass) then sealed with tar and pitch. The deck would thus appear to have a number of dead straight dark lines on it. 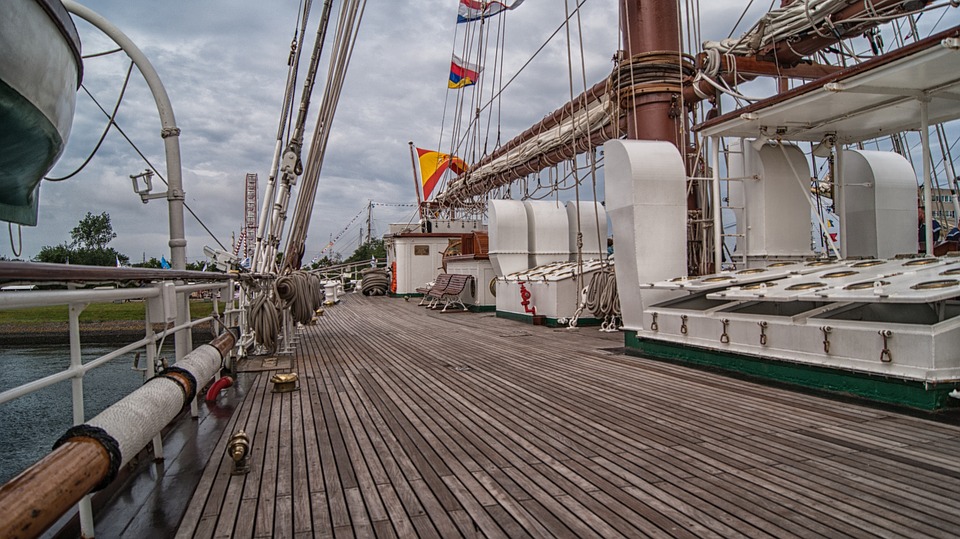 This relates to a strange feature of the House of Commons (the lower of the two Houses of Parliament). The Members sit facing each other, with the Government benches to the right of the Speaker’s chair and the Opposition benches to the left. For most of the length of the chamber there is only an open floor that separates the two sides, so a Member of Parliament could– if so inclined – walk across the chamber and physically assault someone with whom he or she disagreed.

In past times, it was not unknown for Members to carry swords with them, so steps were taken to ensure that swordfights could not break out across the floor of the chamber. What Parliament’s managers did was to paint two red lines along the length of the floor, one in front of each front bench. It was reckoned that if you did not cross the line, your sword could not reach a sword wielded by someone who was standing behind the opposite line. 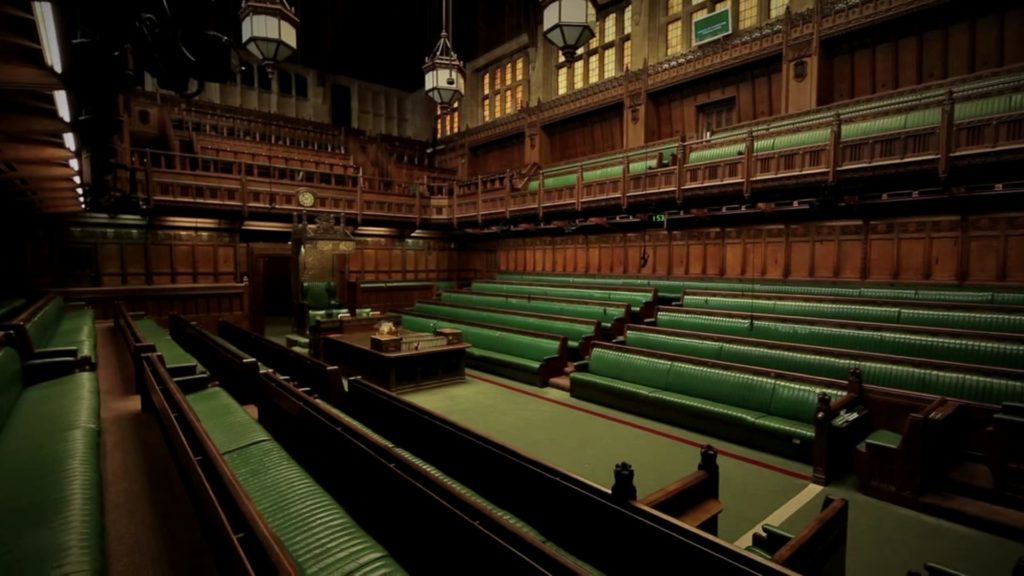 You can think what you like about the logic behind the assumption that somebody who was angry enough to draw their sword in the House of Commons would be restrained by a red line on the floor, but that is what was done.

The authority of the Speaker has always been paramount in the House, so if he called on someone to “toe the line”, thus keeping the whole of the foot behind it, they would do so without question.

Nobody these days carries a sword with them, but the red lines are still there on the floor. (As it happens, the coat hooks in the Members’cloakroom have an extra loop that is there for the express purpose of allowing Members to hang their swords on them before proceeding to the chamber!) It is still customary for Members to stand behind the line when addressing the House, so it does have a function to perform even now.

So there you have it – I’ll go for the British version of the phrase’s origin every time!