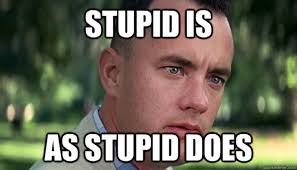 Winston  was a big buff guy, maybe a body builder.  He was the kind to punch Brian in the face if he felt that Brian was hitting on ‘his girl’.

Brian kept in the background. But he watched them.  He read body language.’

It seemed Ashley and Winston were more friends than lovers, but he couldn’t be sure.

During his sneaking around Brian overheard a conversation between a woman called Cindy and someone he couldn’t see or was able to place her by voice.

“Oh he’s an idiot…”  Cindy said, “don’t even look at that moron, Brian.  Imagine, he was dating Ashley and virtually accusing her of having an affair with Jack, so she ran.”

“Brian is one of those idiot guys who gets suspicious if his woman spends too long in the shower.  He is the kind of guy to time your walk to the coffee maker.”

The women laughed in that horrible mocking way.

“Girl, stay away from Brian, he’s too stupid to live.”

“Thanks for warning me.” The unseen woman tossed.

Brian was angry, wanted to jump over and attack, but kept  calm and quiet.  They were right.  He was stupid.