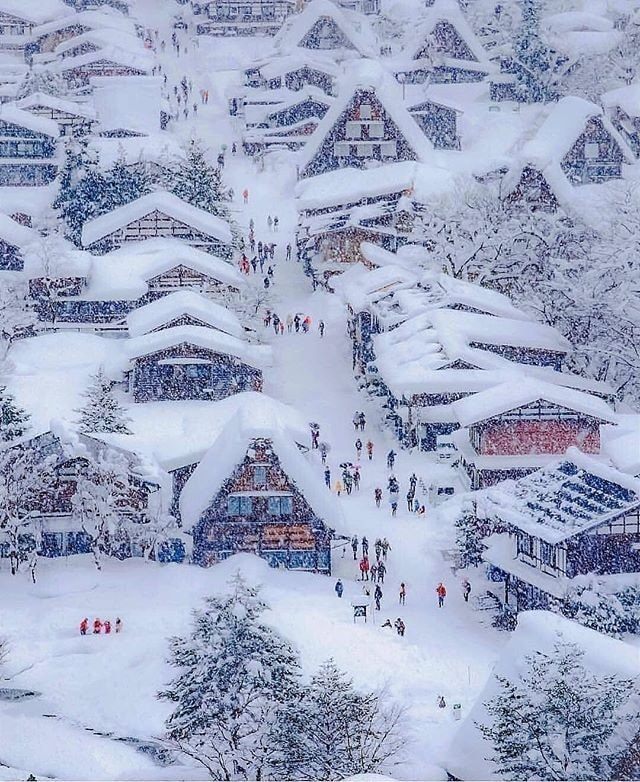 Shirakawa, a village with a postcard …  Japan

Shirakawa-go (Japanese: 白 川 郷, which means “Old white area of the river”) is the area of the old village near the town of Takayama, Gifu Prefecture, Chubu Region (central Honshu). In the village of Shirakawa, live less than 1,800 inhabitants. Shirakawa the mountainous village in the vicinity of the peak of the mountain Haku (Highlands Ryōhaku) wherein its municipalities zone bordered by the Prefecture Ishikawa, but with the village and municipality Gokayama Toyama Prefecture in the north. Through the area passes Shō river, which flows towards the town of Nanto to the north, and almost all the villages situated along its narrow shore below the mountains. Its 95.7% is covered mountain forests and is one of  areas in Japan, which is one of the reasons for the formation of the unique Japanese architecture house called. Gassho-zukuri style.