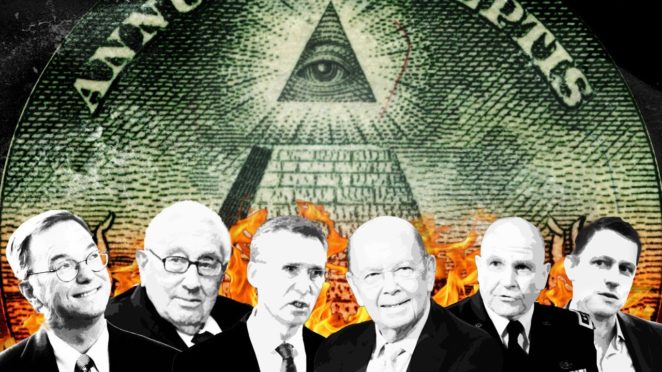 This video is from Press TV coverage, where George Galloway answers callers’ questions. It was actually published on YouTube in September 2014, but it still sounds current because it is about the Zionists creating chaos and havoc worldwide for their New World Order agenda. The wars are controlled by Zionist-occupied USA and UK, while Zionist Israel continues to destroy Palestine and other neighboring countries for their Greater Zionist Israel Project. George Galloway corrects a caller by stating that the Rothshchilds don’t own all the banks because they don’t own the banks in the UK.

In this video, Lord Jacob Rothschild explains the Greece economic situation, EU, and other countries. Again, this video was published on YouTube in October 2014. And, many countries have experienced such economic issues as well as intended false flags to further weaken their economy as well as terrorize the public with “created terrorists or boogeyman” who are out to destroy the earth. Therefore, Rothschild is just legitimizing the need for such economic collapse in order to start the New World Order agenda.

It is now October 2017, and the twisted, neverending saga continues. This video summarizes the Bilderberg Group’s annual meeting in 2017. Special invited guests included the usual warmongering and greedy criminals. McMaster, a military official, attended this meeting. They are considering more wars, such as against North Korea. Nadia Schadlow, another attendee, is the author of the book, “War and the Art of Governance: consolidating combating success into political victory.” Moreover, John O. Brennan, Senior Advisor to Kissinger Associates Inc, was also there, as well as being involved on Obama’s killing Hit List, I guess to kill off certain people who are against their agenda.  Also, M. Elaine Bunn (Secretary of Defense), Avril D. Haines (National Security Advisor), Lisa Monaco (Homeland Security Officer), David S. Cohen (CIA), David H. Petraeus (CIA), and senators were all in on this discussion. They discussed strategic war plans for the future. David M. Rubenstein, with the Carlyle Group, was also at the meeting. Many of these members have certain backgrounds to help the elitist take over or destroy certain countries like Russia, Iran, China, and Syria. Reps from Google, PayPal, Microsoft, AT&T, Stripe, and Linkedin joined the discussion in Chantilly, Virginia. They were likely to discuss ways to internet censorship. Many attendees were from Goldman Sachs and Exxon.