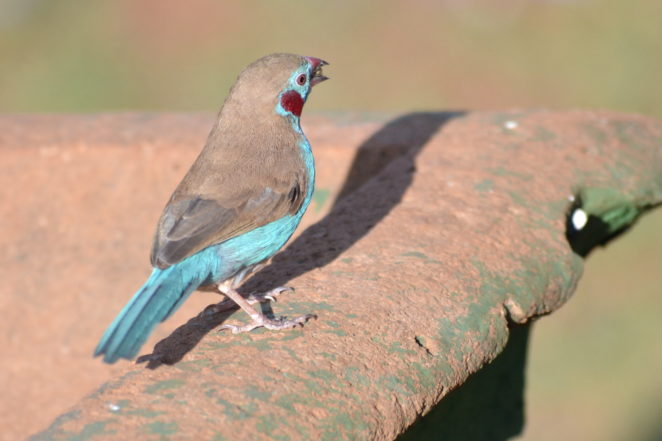 The red-cheeked cordon-bleu or red-cheeked cordonbleu is a small passerine bird. They are found in the drier regions of tropical sub- Saharan Africa, where they are common and widespread across much of central and eastern Africa. They are mostly absent from the northern half of the country.

The natural range of the Red-cheeked Cordon-bleu stretches from southwestern Mauritania south through the countries of Senegal, Gambia east through southern Mali, southern Niger in Western Africa; through southern Chad and southern Sudan in Central Africa, east through Ethiopia, northwestern and southwestern Somalia in East Africa, south to the southern Democratic Republic of the Congo and eastern Angola, east to northern and western Zambia, southern Tanzania and northern Mozambique in southern Africa. (Source: Wikipedia)

The bird is also famous here in Kenya at the Dedan Kimathi University of Technology – Conservancy. The above photo was taken by me.