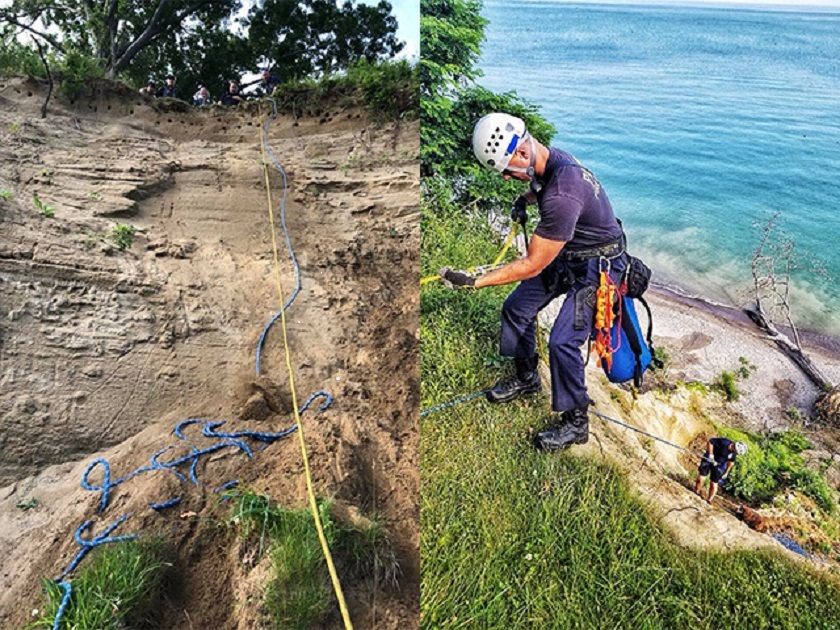 Three cheers for the Perry Joint Fire District for their superb work of rescuing a male dog named Karma on Tuesday in Perry Ohio.

Karma was in the company of his owner on Tuesday morning at the Bill Stanton Community Park when Karma fell down a cliff that appears that it did not have a fence or wall to prevent anyone to fall down the cliff.

After Karma fell down the cliff at the park, his owner contacted the Perry Joint Fire District to come to rescue his pet dog.

Firefighters James B. McDonald and Bob Fitzgerald rappelled down the cliff and used a Stokes Basket to have Karma come back to the top of the park where he fell down earlier.

Karma must have some Guardian Angel since a fall down a cliff from that height could have seriously injured or killed the dog.

Karma was reunited with his owner after the two brave firefighters rescued him from his fall down the cliff on Tuesday.

Why did the dog go near the cliff is still a mystery. I seriously doubt his owner wanted to get rid of his dog in that manner.