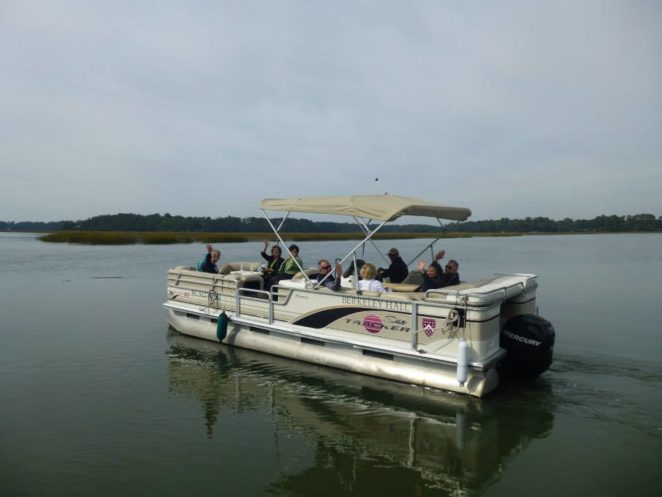 I am sure you know the slogan “Right place at the right time.” The story begins in Okatie South Carolina where Mason Ringer along with two of his co-workers were refurbishing a dock in the Oaktie River last week.

One of the men was able to swim to shore, while the second man who in the Okatie River was rescued by a passing boat who took him out of the river and put on the boat and took him to safety.

However Mason was still in the river struggling to stay above the water when Woody who is a seven year old yellow Labrador Retriever was on the dock looking on from his post.

Then Woody jumped into the Okatie River and he was able to take Mason to the safety of the dock where Woody was located before he rescued a complete stranger from drowning.

Mason was thankful that Woody risked his life to save him from drowning. Mason has promised Woody to feed him a huge steak for his heroic deed.

Now you know why dogs are man’s best friend. Woody proved the cliche to be correct in South Carolina.