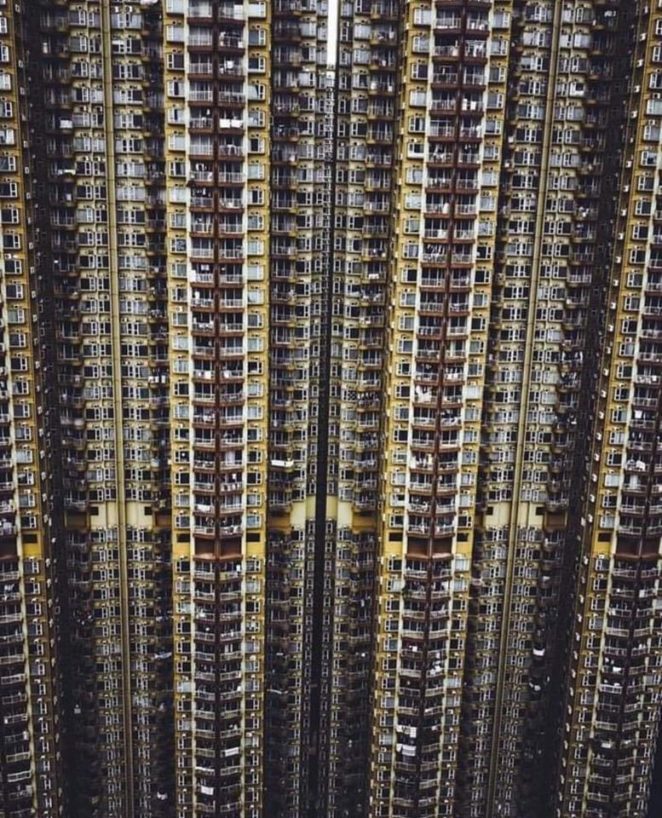 According to the German company Emporis, in Hong Kong there are about 7650 high-rise, which is the largest number of skyscrapers in a city in the world. Large urban crowding and plenty of tall buildings are caused by a lack of space for urban expansion (urban sprawl). The average distance from the sea coast to the steep slopes of the island of Hong Kong is 1.3 km. Much space is obtained by filling the sea. This lack of space causes demand for high-rise buildings for office space and housing.