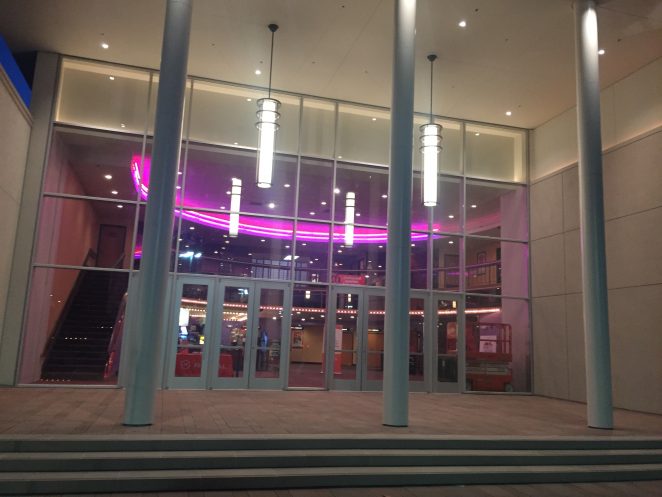 As I woke up today to get ready for my gym workout, I remember for the next 10 days, it is Spring Cleaning in my Townhome Community. I have old stuff I want to place in the dumpster that is taking space in the garage. Two old items are kind of heavy.

I arrived at the Costa Mesa Metro gym at 9:38 am, and I decided to go on the treadmill. I walked the Cape Cod South Africa trail, which has a map of the trail instead of a scenic video. The map displays a coastal trail but on hilly mountain path. When I started walking on the treadmill, I felt it was too steep uphill path and the speed was kind of fast for me at 4.5. So, I changed the incline to 0 and the speed to my usual 4. It felt normal. It was a 3-mile walk in 45 minutes, burning 500 calories. Then, I went on the stationary bicycle and rode for 45 minutes, which was 6 miles, burning 145 calories. I returned home and ate my lunch while watching an indie film, Here and Now.

Here and Now is a 2018 American film, directed by Fabien Constant, and shot in NYC in 16 days. It stars Sarah Jessica Parker, Simon Baker, Jacqueline Bisset, Renee Zellweger, Waleed Zuaiter, Gus Birney, and others. The movie starts at the doctor’s office, where Vivienne finds out she has Glioblastoma Multiforme–which is a terminal brain tumor. She realizes she doesn’t have time left, with or without surgery. Actually, it was noted that she could live around 14 months after surgery, or significantly less without surgery. Vivienne walks around numbly, in the NYC streets, dumbfounded in shock as well as mentally paralyzed that sometimes she cannot think straight. During the time from the doctor’s office to her second appointed for surgery, she walks around NYC, briefly visiting different people, such as her mother and her ex-husband and their teenage daughter. She also runs into a friend celebrating her birthday, and she briefly catches up on her friend’s life, before she moves on. She runs into the Palestinian Lyft driver a couple of times, and they appear to become friends because they understand each other, each going through their own personal issue. During the time, she doesn’t mention the brain tumor news to anyone, but rather seems aloof with most people. She ends up telling her ex-husband because they need to figure out how they will tell their daughter. She also stops at a boutique and buys an expensive dress on a whim, just because she likes it.

The movie ends at the hospital, where the the same Palestinian Lyft driver drops her off, buys coffee for her but keeps it in his car while he waits for her, because she realizes she cannot have anything before the surgery. As she takes off her jewelry to prepare for the surgery, the screen goes blank. It is open-ended, as the viewer wonders how the surgery went and how much longer did she live afterwards, which is estimated to be around a year.

It is a light indie film dealing with pondering about life and death, as well as realizing that life is short and she has regrets about her life. What I think is most interesting about the film is the depiction of NYC is realistic, but that is how indie films are. They seem more realistic than mainstream films.