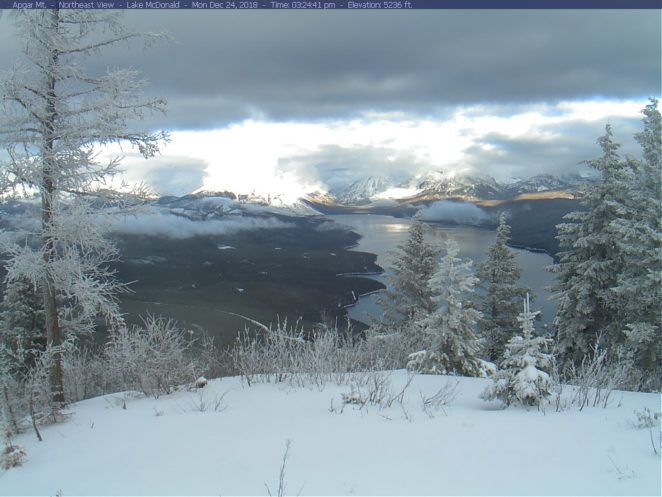 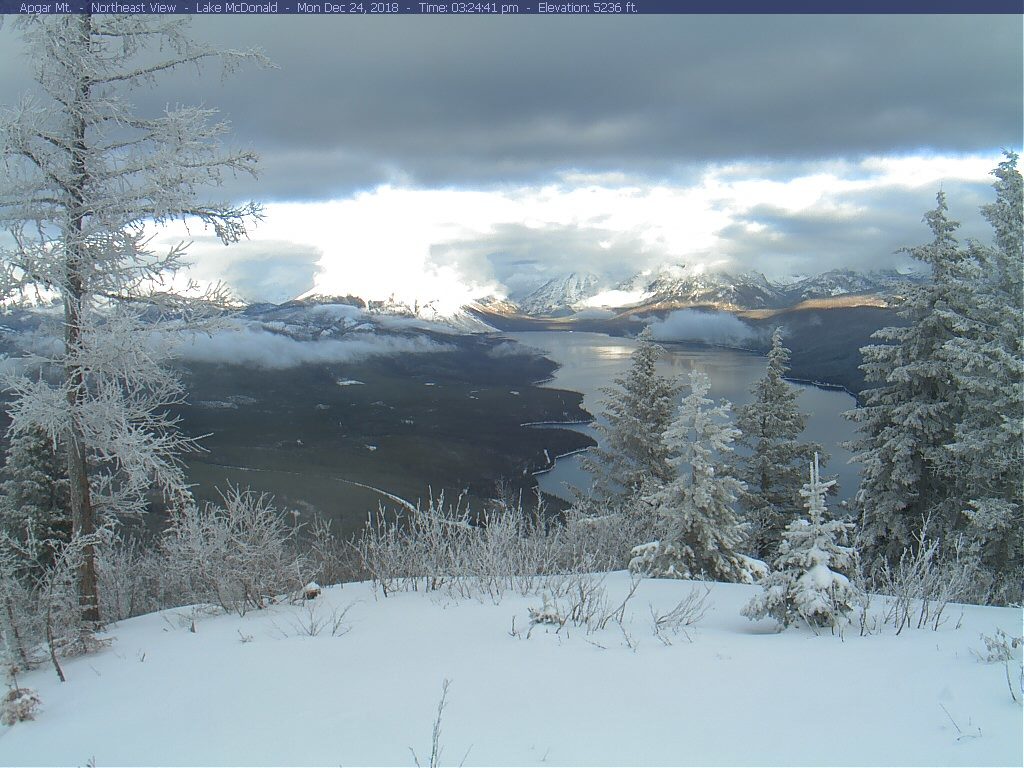 The mountains in Montana have an above average amount of snow for this time of year. That can be seen in the images I’ve shared. We’ve even had a light dusting of snow here on the valley floor a few times and we are a couple thousand feet lower than the mountains. However, with no major snowstorms going through, people here have been wondering if we’d have a white Christmas.

In fact, on Sunday, two days before Christmas, a member of the worship team at church was saying that she was wishing for a white Christmas. She said that she figured that she’d probably be a little disappointed. The sentiments were easy to understand. The day before, Saturday, had been cold but mostly sunny. Sunday morning was less sunny, but there was plenty of blue skies. The temperature was also a few degrees above freezing, so it was warm.

I told her that I strongly suspected that she’d get her wish and that there would be snow on the ground on Christmas Day. I said that God was probably listening to all the people saying that they didn’t want to go to church services in the snow, so He was probably holding off until after the service. She looked doubtful but didn’t contradict me.

After the service and while people were going to their cars, the first few snowflakes began to fall. The air temperature was still above freezing, so the snow wasn’t sticking. However, I told my wife, “Here comes the snow.”

The prediction to my wife wasn’t prophetic, either. I’ve lived nearly all my life in snow country and I knew that snow accumulations tend to be greatest when the temperatures were about 35 F. The snow at that time is wet, but the flakes tend to be large and they add up fast.

Sunday evening, when we held the annual Christmas program at church, there was only a light dusting of snow on the ground, but it was noticeable. Still, it had stopped snowing and the temperature was still warm; right around freezing. I sang in the choir and we sang a few Christmas songs, but they didn’t include the song White Christmas. One of the other choir members said that she didn’t think we’d have snow on Christmas and said that she thought the snow we had would melt before then.

I told her the same thing I’d told the member of the Worship Team; God is just holding back to make it easier for everyone going to or involved in the Christmas program. I told her that I fully expected to see snow on the ground on Christmas morning. 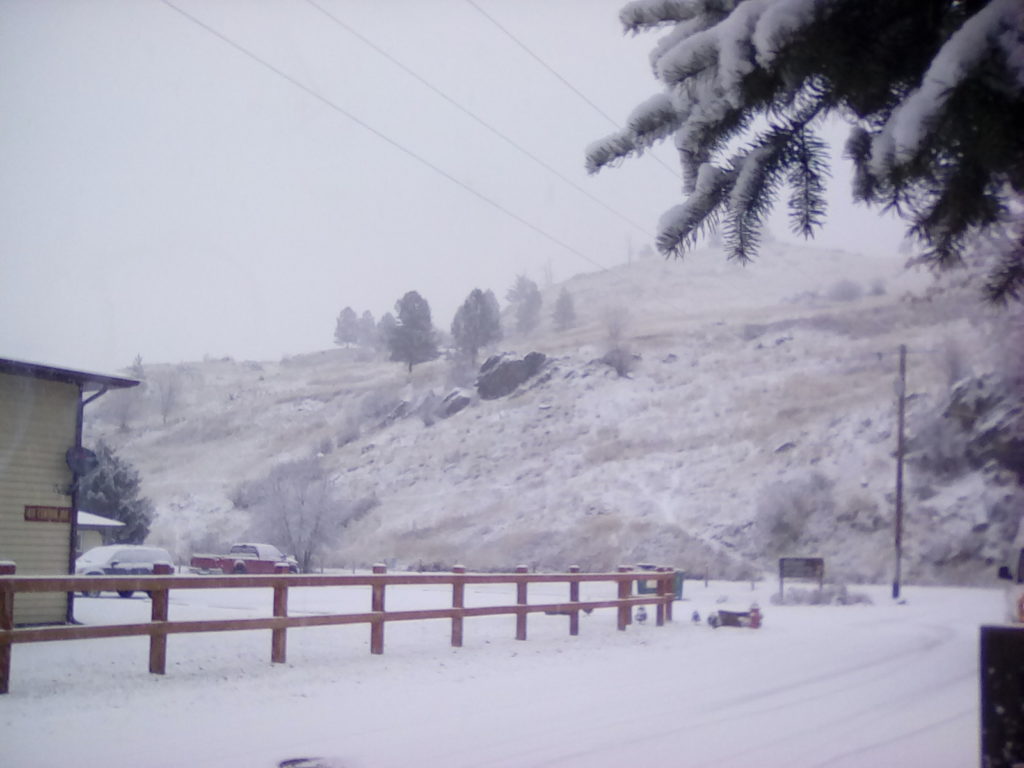 We just got home after the program when it started snowing more heavily than before. It snowed off and on throughout Christmas Eve day. Interestingly, our daughter, who commutes 60 miles to work, said that there was no snow on the roads until she was about 10 miles from town.

Today is Christmas and it is still dark, though it is almost 8 am. However, our Christmas lights are going and that gives enough light to see that there is about an inch of snow on the ground. We have a white Christmas. 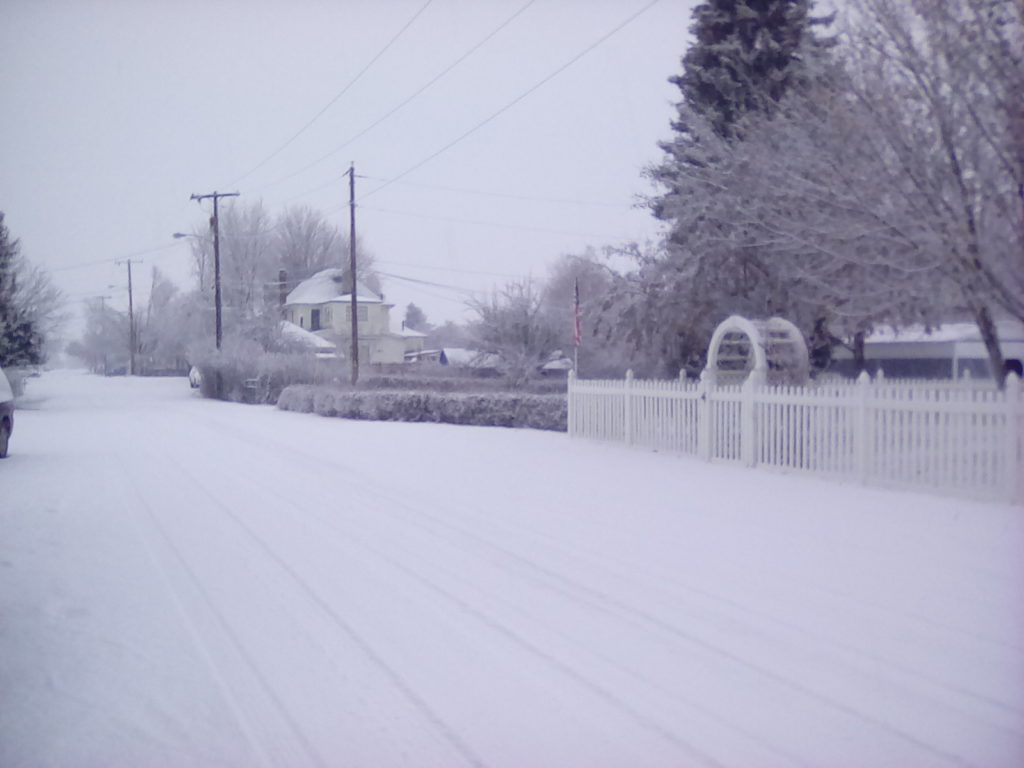 Except for the top picture, which is from Apgar Mountain overlooking McDonald Lake in Glacier National Park, the other two pictures were taken on Christmas Eve day, both right out in front of our house, one to the east and the other to the west. The one facing toward the west doesn’t snow the mountains, though they are neary, because the cloud level is only a couple hundred feet above the ground. At the time the picture was taken, there was about three-quarters of an inch of snow on the ground. Granted, that isn’t much snow, but three days ago, there was no snow at all and it is closer to an inch or a little more on the ground now.

I’m praying that everyone has a wonderful and safe Christmas. Merry Christmas, everyone!.