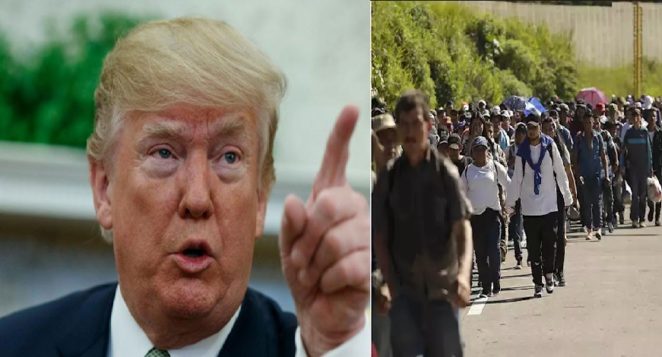 US President Donald Trump said that the refugees entering in the United States from Mexico would be shot directly if they throw stone on border patrol.

US President Donald Trump has addressed a gathering at the end of the election campaign in the mid-term election, and announced an executive order to prevent the refugees from entering the United States next week.

The US President further added that refugee are taking advantage of American immigration laws and systems, therefore, the White House administration has ordered such an executive order to be prepared, which will reduce the movement of asylum seekers by removing legal flaws and difficulty in entering the United States.

Analysts said US President Donald Trump is fueling the fire to get success in campaign for mid-terms election. Which can get support from American nationalists, and these presents lead to prejudice and hatred in America.

Be clear -recently President Trump’s controversy and hate-minded man, sent a parcel to US President Barack Obama and President Clinton, including Hilary.