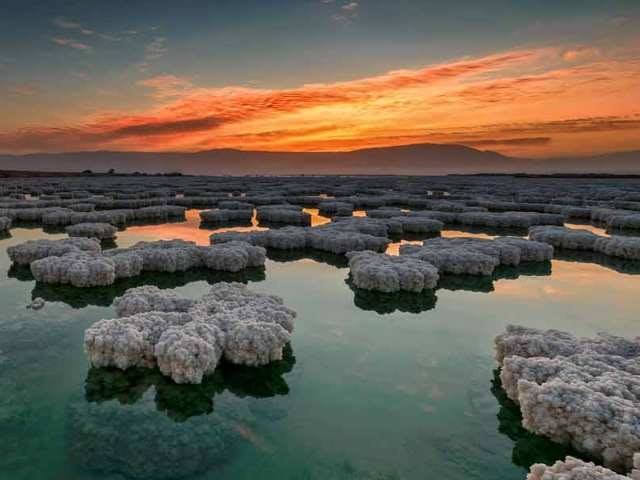 Dead Sea, Sea of death or Lot’s more names for salt lake between Jordan and Israel, which prides itself salinity of up to 33 percent. Dead Sea is the largest worldwide depression. This salt lake is located on four hundred meters below the surface of the world must be in the Middle East between Israel and Jordan. Deep is about four hundred meters.

The water level in the Dead Sea is not growing because around him there is a desert climate with temperatures ranging from 40 degrees Celsius in the summer, which leads to significant evaporation. On the other hand, the rains are very rare in this area. The salinity of the Dead Sea is about 33 percent. For comparison, the Mediterranean Sea is only a share of 3 percent salt. Nevertheless, the Dead Sea is not saltiest lake in the world.