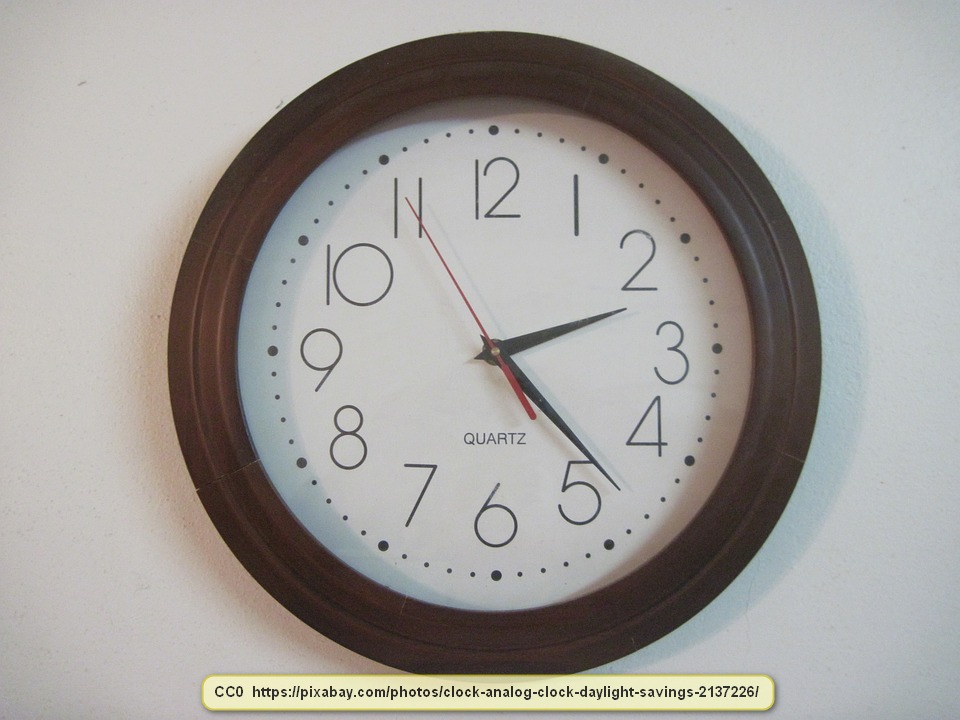 What we call ‘daylight saving time’ in the US may be called different things in other countries, but many countries use it or something similar, though not necessarily on the same day. The idea is that an hour from the morning is put in the evening, giving more hours of sunlight in the evening, during the summer months. In other words, clocks are set forward an hour tomorrow.

There are stories regarding the origin of daylight saving time that aren’t true, though they are popular. One is that the idea was ‘invented’ by Benjamin Franklin. The idea had actually been around for centuries before Ben Franklin mentioned that he supported the notion. He certainly didn’t come up with the idea and many other people were also in favor of it, so it can’t be attributed to Franklin, even in the US.

In any event, the US has been observing DST since 1918. The idea had actually been around for hundreds of years before that, but the method we use today wasn’t figured out until later, 23 years before it was instituted in the US.

In fact, the original event that was designed in 1895 wasn’t even an American idea. The modern concept of DST was created by a man named George Hudson. The reason he came up with the idea wasn’t to save energy, which it doesn’t anymore, and it had nothing to do with wars, particularly since the first World War hadn’t even started yet. ‘Wars’ and ‘farmers’ are often used as justification for DST, but Hudson had nothing to do with either.

You see, Hudson was a New Zealander and he had a specific reason in mind when he proposed DST. Interestingly, he also proposed a two-hour change, rather than the one-hour change that we use. Still, he was a strong proponent of the time change.

Why was he so much in favor of a time change? I’m glad you asked.

Hudson was an entomologist; a scientist who studies insects. The reason he wanted the time change to take effect is that it would give him extra daylight late in the day to collect insect specimens, after work.

The idea was proposed in England seven years after Hudson came up with the notion. The government in Britain rejected the idea initially, though Winston Churchill was in favor of it.

Germany did institute the idea in 1916, during WWI and 21 years after Hudson came up with the idea. The reason was to allow more daylight during the working day and this was important to them since Germany was (and is) plagued with low energy resources. It was a necessity to save energy whenever possible, particularly when fighting the war.

Not long afterward, nearly every country that participated in World War I adopted a form of daylight saving time.

In the case of the US, DST had merit. Most homes and businesses in the US used coal for energy at the time, at least in the industrial belt, so DST really did save energy. Now that our energy mostly comes from a steady supply of electricity, it no longer saves energy, but it once did.

The adoption of DST in the US also wasn’t a mandate. The design of the US is to give authority to each state over the land that it contains. So states were given the choice of using DST or not using it. Two states didn’t and it isn’t surprising in either case.

The impact of DST on energy is felt more strongly the further north a person goes. As Hawaii is far enough south that it makes very little difference, that state rejected DST. Arizona, also a southern state and a desert state on top of that, rejected daylight saving time, too. In Arizona, temperatures in the summer tend to be extreme and it only cools a little after dark, so it isn’t in their best interest to use DST. For the most part, they’d prefer to have fewer hours of daylight in the evening rather than more. Incidentally, the Hopi Indian Reservation in Arizona does follow DST.

Anyway, that’s how daylight saving time, which was neither invented in America nor was it an American who came up with the idea, began. For 2019, daylight saving time begins on March 10 in the US. If it applies to you, get ready to set your clocks ahead an hour.