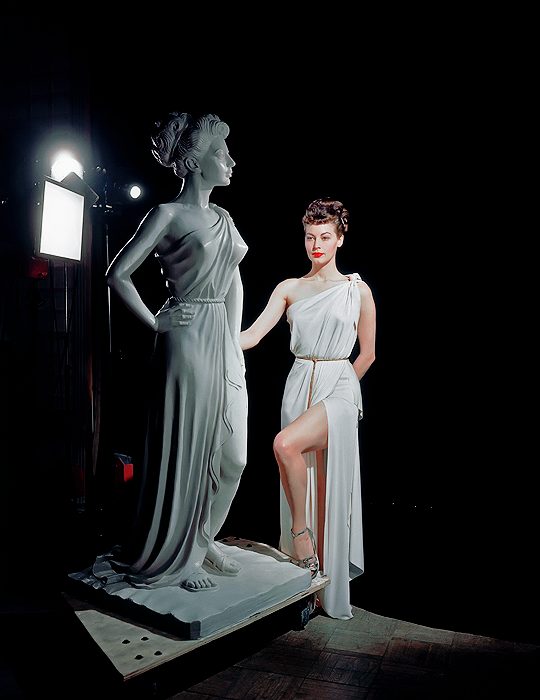 Ava Gardner was born on this day 97 years ago (died 1990). Accidentally became an actress, her sister’s husband is a photographer, and he photographed and sent a film studio. Soon she got the engagement and is considered one of the most beautiful actress. While on the one hand was very committed to the acting world and the tale of a very successful role in “Mogambo,” “On the Beach”, “One Touch of Venus”, her private life was very hectic. She was married three times for three glorious name-Mickey Rooney, Artie Shaw and Frank Sinatra. With the first two of the following year married, and Sinatra’s 6 years old. They had no children, Ava had two abortions, one said: “We could not take care of themselves, but how are we supposed to kids.” Then came a whole string of famous men of conquest, she managed to seduce Clark Gable,