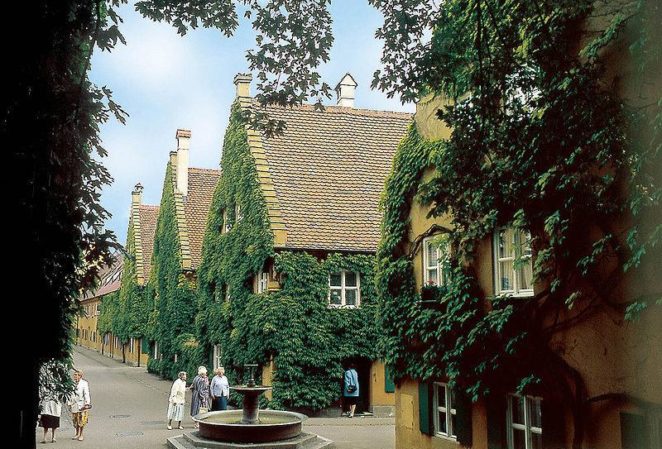 In the city of Augsburg in Germany is isolated, surrounded by the “golden wall” communities – enclaves Fugerei in which the amount of the rent has not changed for five centuries. 1517 on the initiative of Jakob Fugger who made coins of the Vatican and became one of the greatest entrepreneurs of Europe began building homes for workers, craftsmen and their families at an affordable price, and the first tenants moved in in 1520. This city within a city has 67 houses, 147 flats, the Church of St. Mark and the administrative building.