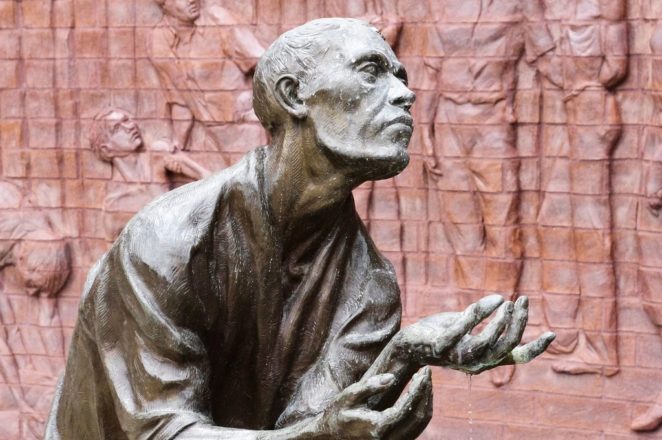 Albert Norman was one of thousands of British soldiers in World War Two who became prisoners of war during the campaign against Japan in southeast Asia. Life for POWs was extremely harsh, and around a quarter of the men who were captured did not survive the war.

However, Albert Norman had a particular skill that he used to his advantage, not only to ensure his survival but also to fight back aganist his captors, even if only in a very minor way.

Before the War, Albert had been a watchmaker in his home city of Ely, in Cambridgeshire. Watches did not always work well in the tropical conditions of the Malay Peninsula, and the prison camp guards were glad to have found somebody who could mend their watches when they broke down. They were happy to send extra rations in Albert’s direction when their watches were repaired.

However, Albert, who had the nickname of Tick-Tock, not only knew how to make watches work properly, he also knew how to do the opposite. He therefore fixed some of the watches so that they ran slightly slowly. It must have caused him and his fellow soldiers considerable amusement to see junior camp guards being shouted at by their superior officers for turning late for duty.

It was a good job that none of the Japanese ever worked out that Albert Norman was the cause of their timekeeping problems. Had they done so, things might have turned out very differently for the watchmaker from Ely.