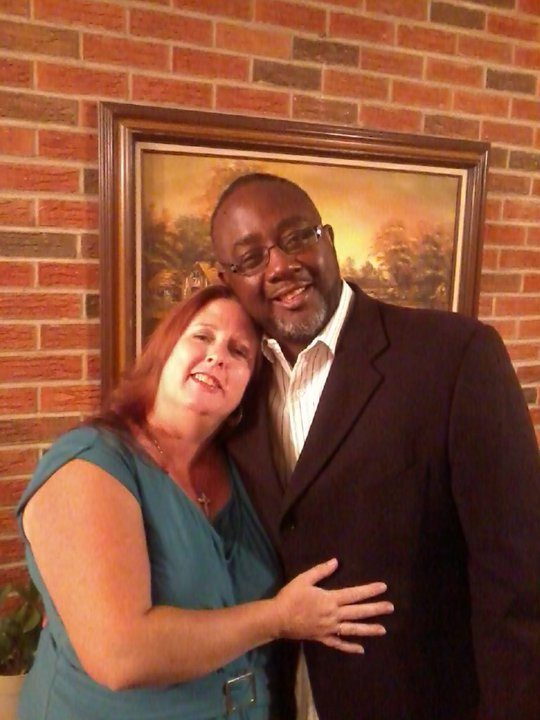 Frank is a magnificent motivational speaker, Pastor, and friend to many. He has a miraculous testimony that I asked if he would share with Virily. Those who know him will tell you he has a heart of gold and is a loyal friend. Here is his story written from his heart.

The story begins with two men, one a well-respected man with a good job and a better reputation, the other a bum who lived in the park and slept underneath a bush in the ever popular Acacia Park in Colorado Springs. As fate would have it, the respected man’s path took him past the bum’s “residence” every day. One day he stepped out of his “comfort” zone and actually approached the bum. Curious to know how the bum had ended in such precarious circumstance, they struck up a conversation and wonders of the wonders, he ended up taking the bum home with him. This is the perfect example of one person’s ability to impact another for good. This story is real, the two men, I still know today, in fact, the bum I know well because I was that bum. This is my story.

Raised in rural North Carolina in a town of 1400, racially and socially segregated. I literally lived on the other side of the tracks. The second of what would eventually be thirteen children my home was a classic study of dysfunction and chaos. My parents loved me dearly and took every opportunity to verbally communicate the fact. This was severely offset by their constant fighting, often physical and my being thrust into a role of caregiver because of my father being absent.

My dad left for good when I was 15, one of the saddest and at the same time joyous days of my life. I immersed myself in my studies (I was an excellent student), and trying to watch out for my siblings plus attempting to help my mother stay sober. My mom never drank before this, but the turmoil of the marriage left a broken and devastated woman with no resources to turn to. I secretly plotted my escape from the entire bitter mess and joined the Air Force at 18. I threw all my energies into this new venture becoming one of the youngest E5’s and later the second youngest E6 in the entire Air Force. My awards and accolades mounted but my emptiness belied my success as I turned to alcohol and empty relationships.

My last three years in the Air Force were spent in Japan as I eventually black-marketed and drank my once promising career away. Still empty, but planning to make Japan home, I flew to California in 1983 to be discharged. I left my girlfriend, car, most clothes behind with the promise I would return in 30 days. Only God could orchestrate the next events of my life. I came to Colorado with a suitcase and about three thousand dollars in my pocket, a mere stopover on my way back to Japan, or so I thought.

As any drunk will tell you, whether functional or not, the mind is severely hampered while consuming alcohol. I came to Colorado for no apparent reason, with no plan and an addiction. After two weeks of drunkenness, partying and spending, I ended up with literally the same thing, however, a couple of big differences, no money or place to live and the one plan I did have, returning to Japan, now in the rearview mirror. Resourceful, I simply made my residence the city park, my restaurant, the soup kitchen and my storage the YMCA across the street. That’s how my adventure of being the bum at the beginning of the story began. A meager but stress-free existence, no rent, utilities or any other bills for that matter, I began to accept it.

A few months later a monkey wrench was thrown into my new best-laid plans. On July 2, 1983, a church dared to have a concert in of all places, the park, in my backyard. That night I met the well-respected man, said a prayer and asked Jesus to forgive my sins and make me new. Unbelievably, He did it! My drinking and pot smoking ceased immediately. Along with a new residence came a new church, community, and lifestyle, it was unbelievable. I felt loved, accepted and a real part of something that mattered. Eighteen months later I met then married my wife in that church (after a four-month whirlwind courtship). She had come to the church six months after me with a 15 months old baby boy and a recently failed marriage. Wow, this was amazing and a real turn for the now ex-bum and respectable new Christian.

There were early tell-tell signs for both my new bride and I as the deeper issue of our hearts were covered over by Christian talk and service. We both thought these issues would be easily overcome by our very noble desires to be a pastor and pastor’s wife. We plodded ahead, nothing in common but very desirous of doing the will of God but behind closed doors joyless and becoming increasingly more angry at each other.

With the flair of a Ripley’s Believe It or Not story. I bounced back, my wife stayed with me and we set out raising our family pain and all. We both acquired very good jobs and settled into a well-manicured middle-class lifestyle. Through the years, I still remained in leadership positions at various churches, both large and small, and gained a good reputation in relationship building. I turned down several opportunities to pastor, not wanting to give up the “good life” for low paying ministry opportunities, in a word I became very selfish, the heart again being exposed. After 20 years, amazing turmoil and outlandish behavior on my part, my marriage ended.

That’s when I  met my now wife, Michelle, at a bar running from God. I promptly told her that I was a backslidden pastor and was discouraged but was going to eventually go back to the church, broken as I was. To my surprise, she acknowledged similar desires and our time together began. We searched for a church, I was in desperate need of restoration and my wife-to-be needed a place that would accept her “no strings attached.”

To shorten the story,  I have finally allowed the Lord free access to my heart. My desire has always been to help people find a true connection in the Body of Christ and now with a heart freed of most of the things that allowed outward compliance but no inward change, I have finally come to know what I was put on earth for.

Along with that God has given me a tremendous marriage, great relationships with all my kids and my ex-wife, a loving church and the awesome joy of close fellowship with Him.

I hope his story has inspired you. If you would like to contact Frank and have him come on out to your Church to speak, you can email him at franksinclair1@comcast.net. His testimony is amazing and his love for Christ is real. So the next time someone asks you if God can turn a heart around, share Franks story with them. Yes, God is in the business of restoring lives.