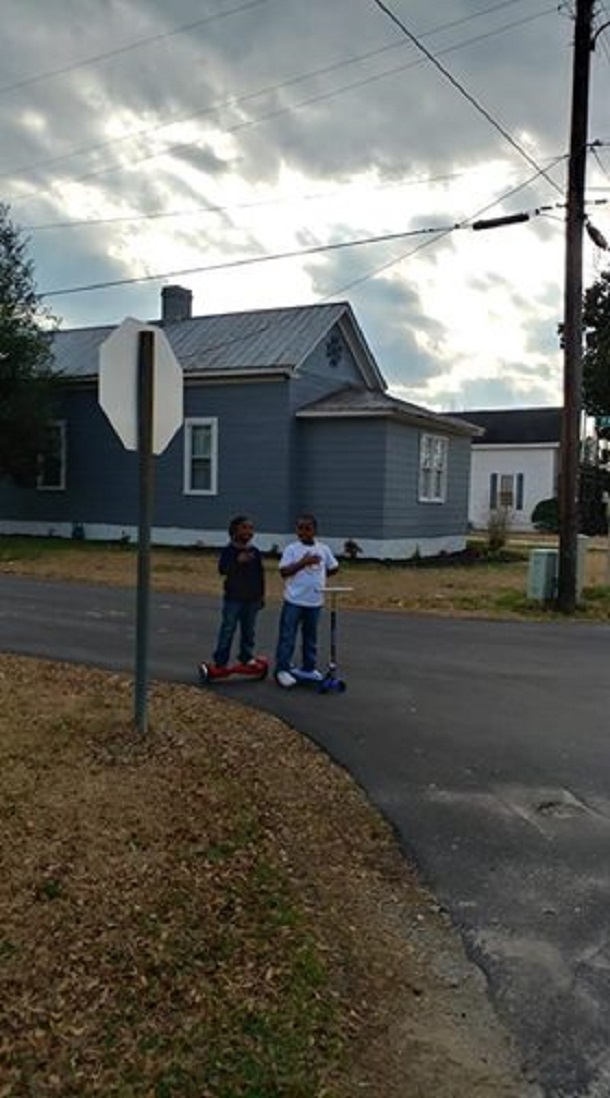 While the news media gets their jollies of reporting the news of former San Francisco 49ers quarterback Colin Kaepernick “taking a knee” during the playing of the Star Spangled Banner before the start of football games around the U S for his stance of “police brutality” and “mistreatment of minorities” a few years ago that started a backlash from patriot fans which dented the ratings of the football viewership for that year.

Now here comes a  story of two young males who were in the neighborhood in Roseboro North Carolina riding a scooter and a hoverboard stopped and placed their hands over their hearts as the Roseboro Fire Department officers raised the American flag before the start of their workday.

Roseboro Fire Chief Kenneth Coleman was amazed that two young teens stopped their activities of riding their hoverboard and scooter to pay their respects of the ceremony of raising the American flag outside of the fire station.

An officer with the fire department asked the two teens if they had permission to have their picture taken so it could be shared on social media site Facebook.

In my opinion it is nice to see two young teens showing respect for our flag. Fire Chief Coleman is hoping that the two teens will pursue careers as either firefighters or law enforcement officers when they become adults.