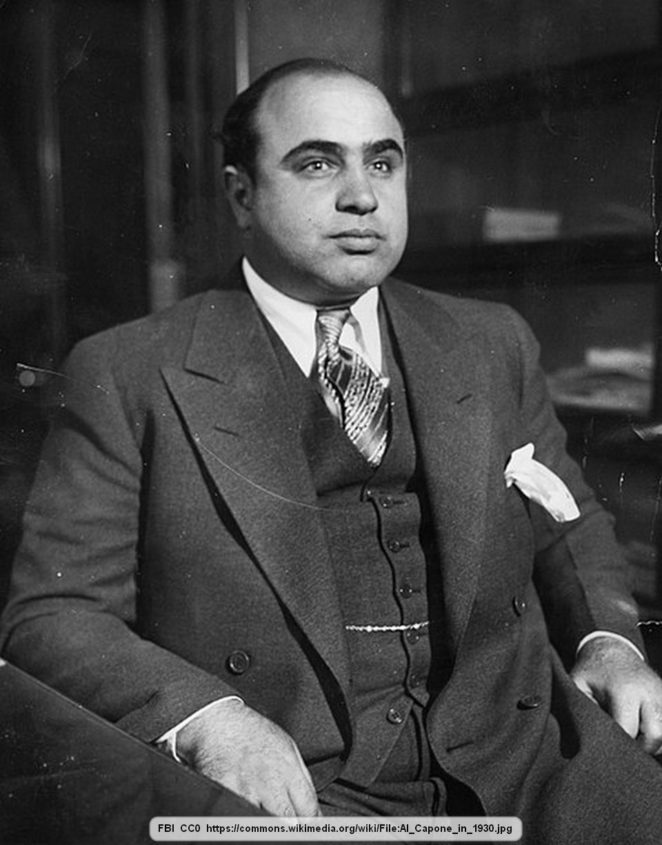 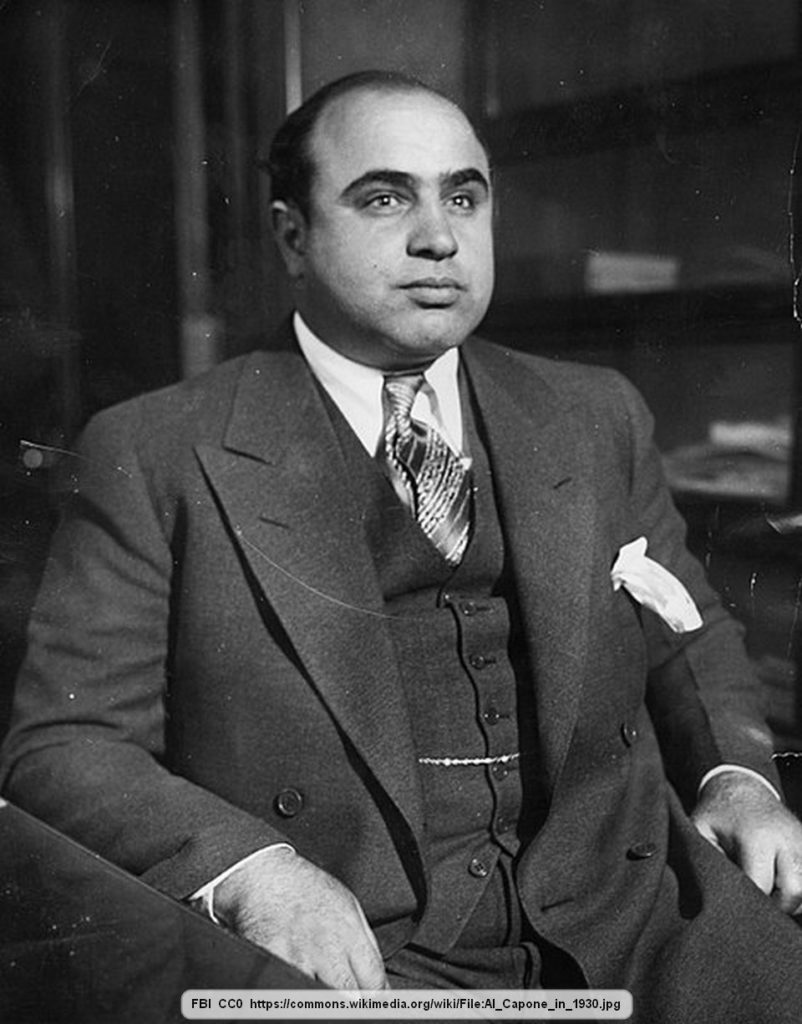 One of the most infamous figures in US History was Al Capone. In the late 1920s and early 1930s, Al Capone was one of the most ruthless and well-known mobsters in the US.

Capone was born in 1899 in Brooklyn, New York. He was the son of Italian immigrants and he started a life of crime early. Al dropped out of school after sixth grade and joined a street mob. By around 1920, Capone entered the big league, working for mobster “Big Jim” Colosimo, who was a major supplier of bootleg alcohol.

By 1925, Capone was running the mob and was one of the most powerful gangsters in Chicago. By then, Capone’s gang was into racketeering, prostitution, money laundering, drug sales, gambling, bookmaking, and he had a number of legal businesses as well. This was in addition to the illegal liquor trade.

He was well known for being ruthless to his competitors and killed many. This included an incident on February 14, 1929, in which Capone’s gang gunned down seven members of a rival gang. This is still known as the Valentine’s Day Massacre. Capone wasn’t present at the time, though his gang carried out the multiple murders. Capone was in Florida when it happened.

Capone was arrested and found guilty of different crimes, including carrying illegal firearms and tax evasion, but his downfall was primarily due to having contracted syphilis. In 1939, he was released from prison, but by then, he was already mentally incapacitated and was deemed to have the mental capacity of a 12-year-old.

He never went back to a life of crime and never recovered. In 1947, Al “Scarface” Capone died of a stroke and pneumonia.

None of this information is particularly difficult to find. What many people don’t know, however, is that the older brother to the mean mobster, Al Capone, was a police officer in Nebraska. The brother’s name was Vince.