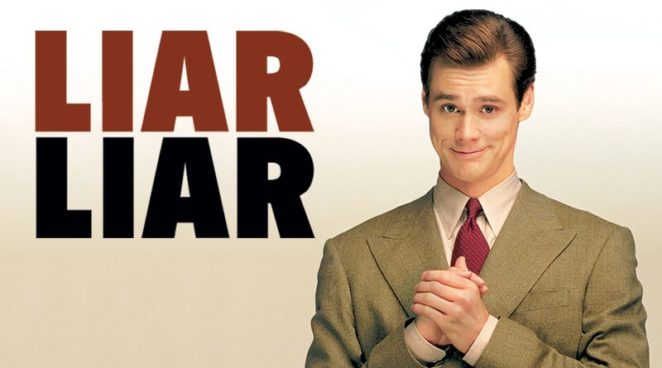 People make telltale signs when they are not telling the truth. If you can pick up on these, you can tell if the person you are talking to is telling you the truth or not. However, keep in mind that just because a person does one or two of these things, it does not prove they are lying. Any of these “tells” can also be cause by other factors. However, if you see several of them, you have good grounds to be skeptical.

A person who is lying makes small, stiff arm and hands movements. They keep their arms close to the body looking like they are trying to take up as little space as possible.

A liar tries to avoid looking you in the eye. They will look off in a different direction, frequently downward. They may place objects between you and them.

Liars have a tendency to blink more than normal. The blink also tends to last longer than normal. This is useful when watching some politician on television.

Lying often causes people to breathe more rapidly and the heart to beat faster due to the stress caused by the lie. This is one of the factors that can easily have other causes as well so this by itself is not a good indication of lying.

They often touch their face and head. They may scratch behind their ears or put their hand to their mouth.

They may also fidget.

Liars may have a dry throat evidenced by frequently clearing their throats.

Gestures and displays of emotion are delayed and last longer than normal. They will stop abruptly.

A person who is lying may shake their head from side to side when they are saying something that is not true.

People tend to sweat more than usual when they are lying. (Polygraphs actually test for the amount of sweat.)

This list is not complete. I tried to pick out the more obvious indications from the articles I read on the subject.