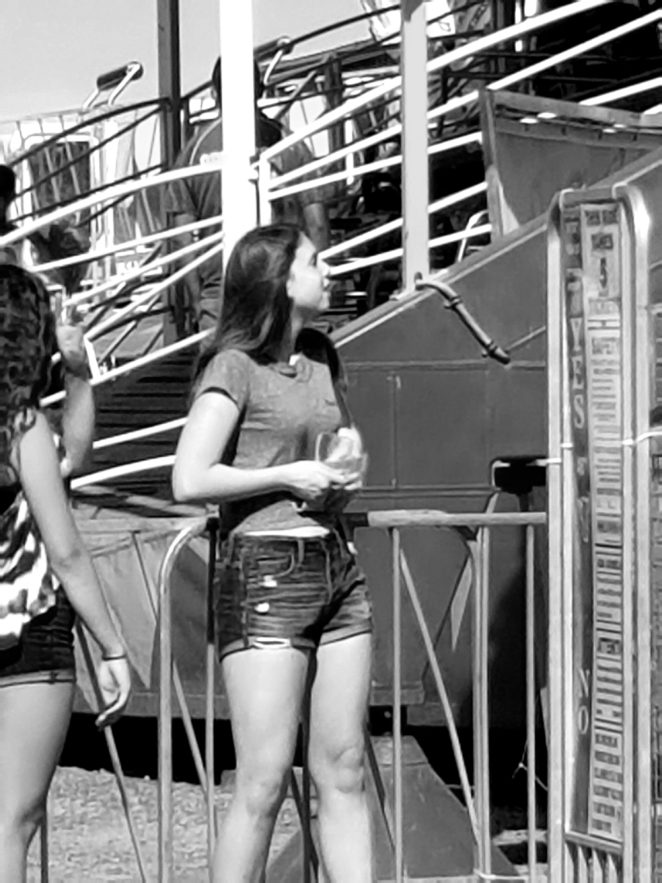 Sometime in the Madrugada they drifted to sleep.”You can be in my dream of I can be in yours”, he said. “It’s a deal” she giggled. Carol Ann had put the radio on 101.7FM, the Alternative Rock Station. He liked the music but running through his head was an old Jimi Hendrix classic, “If 6 Was 9”. He’d always liked that song but tonight those two numbers had a new significance for him. He smiled inwardly and after a few blissful minutes of watching her sleep, he finally dozed.

In the morning after cooking breakfast and getting everyone ready, they loaded the van and took the Children’s Group Home kids to Canobie Lake Park. Roller Coasters, Cotton Candy, everyone feeling upbeat, it was a great morning. Almost everyone was feeling great. He hadn’t noticed that Katie Regan was sulking and in a bad mood. He wasn’t sure why. Everyone was doing their share and with 4 staff for 8 kids it didn’t seem like a particularly tough day. On the way back from the park Carol Ann suggested stopping by the Italian feast in Boston’s North End. More carnival food, happy kids, and holding Carol Ann’s hand like he was back in high school. Then Back to Lynn for dinner and pile the kids on the van to go to the Drive In. “Teachers” was playing. He didn’t like Nick Nolte but it had been years since he’d been to a Drive-In movie, and Carol Ann could have suggested visiting a mortuary and he would have been happy to oblige.