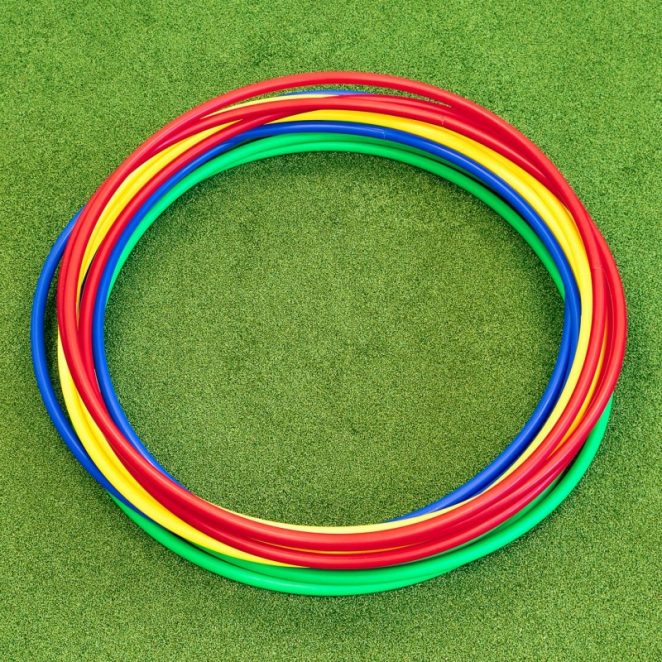 Do you remember that incredible toy the hula hoop which you had to do a sort of twisting motion to keep it spinning around your middle?

My parents always lived in apartments so my mother would never get me a Hula-Hoop. She was so scared that I would not wait to go outside and try to hula hoop inside knocking off everything from the shelves and breaking vases and so on. When I got to play with children who had Hula-Hoops I loved giving it a try but I remember because I never got to practice I wasn’t very good. I was also a very imaginative child being an only child and somehow this round, colorful piece of plastic didn’t really intrigue me.

The Hula-Hoop hit the U.S. by storm on March 5, 1963. It became a real fad thing and it seemed that most everyone had one. Well as I already told you I certainly never had one. This toy came out in the stores in 1958 and was the creative idea of the Wham-O Toy Company. They have estimated that around 25 million of these hoops were sold in the first four months so most likely you could go out to the suburbs and see children everywhere gyrating with a plastic hoop around their waists. I know in the city kids were playing with them in the parks.

Two friends Arthur Melin and Richard Knerr were behind all of the interesting kinds of toys that were created even before the Hula-Hoop. The idea for this hoop came to them when they were traveling in Australia. There they saw children twirling a wooden hoop around their waists in gym class. So they decided to make it a plastic hoop and got the idea of how to gyrate with it from the traditional Hawaiian Hula dance and demonstrated this to kids in playgrounds in Southern California.

So you can imagine that every kid had to give it a try and the fad just took off. However, as with all fads they sort of fade away. Well, the Hula-Hoop also took a backseat until the circus came to town. Ripley’s Believe It or Not has recorded that a circus performer at the Big Apple Circus in Boston, Massachusetts was able to spin 100 hoops around her body in April 2004. Guinness World of Records recorded two people in Tokyo that same year in January who were able to spin the world’s largest Hula-Hoop at 13 feet and 4 inches three times around their waists.