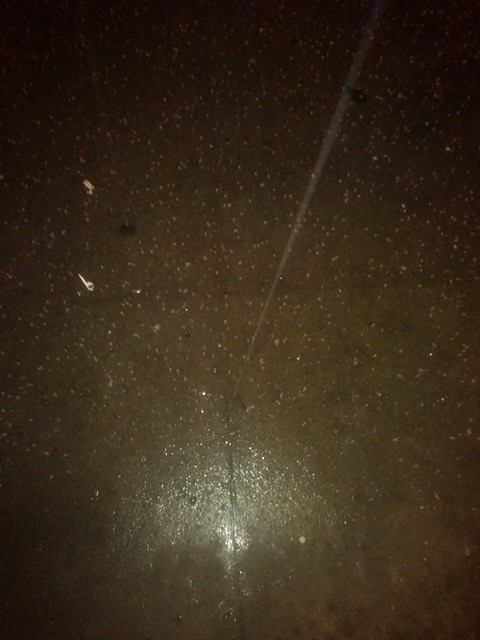 (Photos courtesy of my Android…..)

I know you can barely see them, but those are tiny pieces of soft hail.  They fell this Thursday night, February 21st, sometime after 7:00 pm, in San Diego.  It was so cold that night.  I was actually shocked I  heard it fall.

I was almost done with my walk, so as I was rushing to get to this particular corner, all of a sudden, I hear it falling.  I was taking shelter under the awning of a building, and there was plenty of traffic.  I had to take some pictures.  I heard it hail the night before, though.

It was sometime after 11:00 pm, and I had just gotten into bed.  The sound of hail is unique.  I knew that sound was not water.  It sounded harder, more focused, like rain loosing it’s temper.  I also heard from an acquaintance, that it hailed that afternoon sometime after 1:00 pm. That was his facebook status update.  I wasn’t home yet, but I hoped the hail would not return.  It did return, later that night, and almost hit me.

This type of weather is just not common in San Diego.  I don’t remember it being this cold and rainy since the El Nino winter season of 1998.  That was nearly 21 years ago.  We have been getting, roughly two storms per week, since before turkey day.  I don’t know what I will do for the next storm.  The weather people say that we have about another 7 days left before the next storm hits.  It will be March by then.  We might get more rain by March 2nd.  It will be another rainy Saturday if it hits.  I have never wanted summer more than now.  How weird is that?? 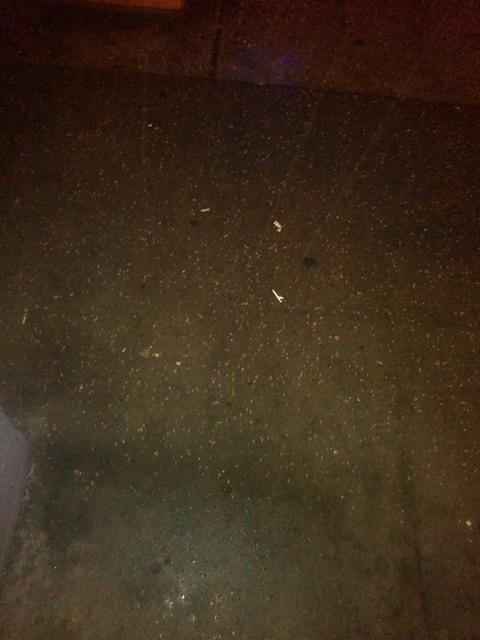