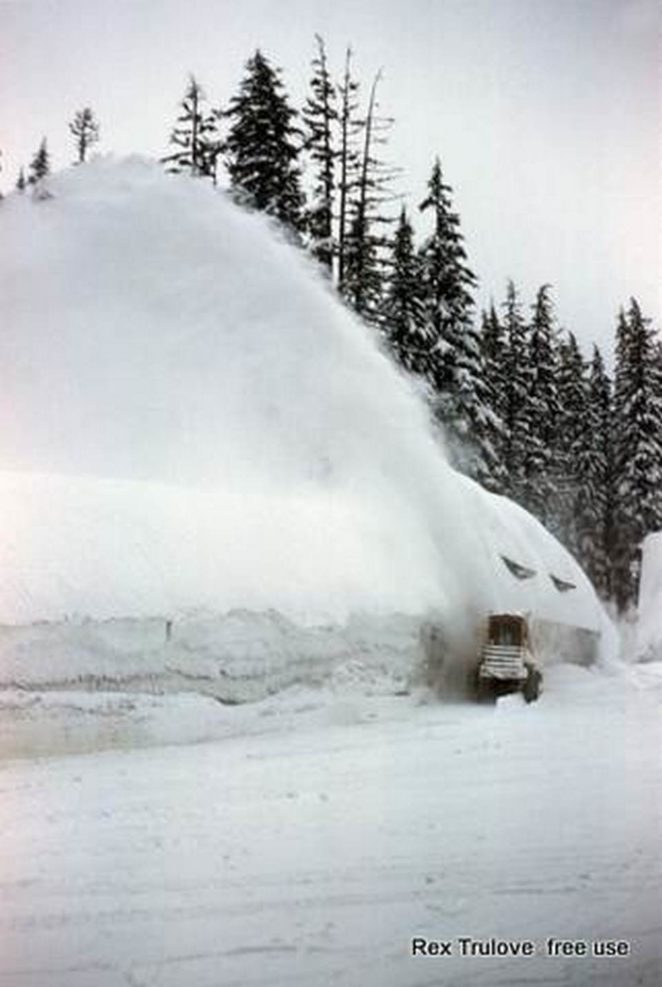 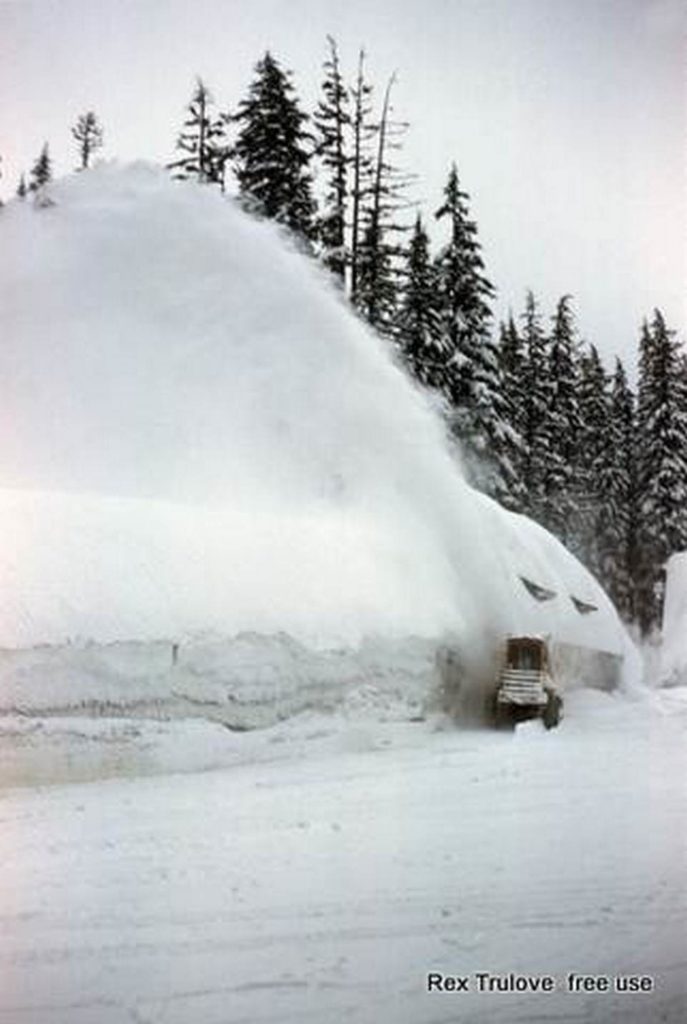 I can’t begin to count the number of times I’ve been asked what it was like to spend the first 12 years of my life in Crater Lake National Park in Oregon. The question honestly can’t be answered without writing several volumes of an expansive book. However, I can give some brief insights, such as some aspects of snow removal at Crater Lake.

It needs to be understood that Crater Lake Headquarters gets a lot of snow during the winter. When I lived there, it wasn’t at all unusual for there to be 15 to 20 foot snow banks through much of the winter. A major storm could drop four feet of snow and such storms were frequent in the winter.

In order for the park to continue operating, though it was officially closed during the winter, it was necessary to keep the roadways and rooftops cleared of snow. The former was necessary in order to get anywhere and the latter was needed to prevent the collapse of roofs.

One of the pieces of heavy equipment that were used for snow removal on the roads was a large snow-blower we knew as the “snow-go”. This is pictured in the top photo. This vehicle had three big intermeshing rotary blades and the means to shoot the snow up and over the snowbank, as the snow-go is doing in the picture.

What isn’t immediately apparent is the size of the snow-go. The top of the cab is over 10 feet above the ground. As can be seen in this picture, the top of the snowbank was over 20 feet in height. Naturally, part of this height comes from the snow that is being shot up and over, settling on top of what is already there. Incidentally, the chute of the snow-go could be angled as the operator wished or even reversed to the other side. Just after this picture was taken, the operator changed the angle to make it close the vertical so the snow wouldn’t be blasted directly against the building he is nearing.

Snowplows were used as often as the snow-go. The plows had the advantage of pushing the snow into a narrower lane. By doing this, the snow-go could make a single pass and get rid of a substantial amount of snow. 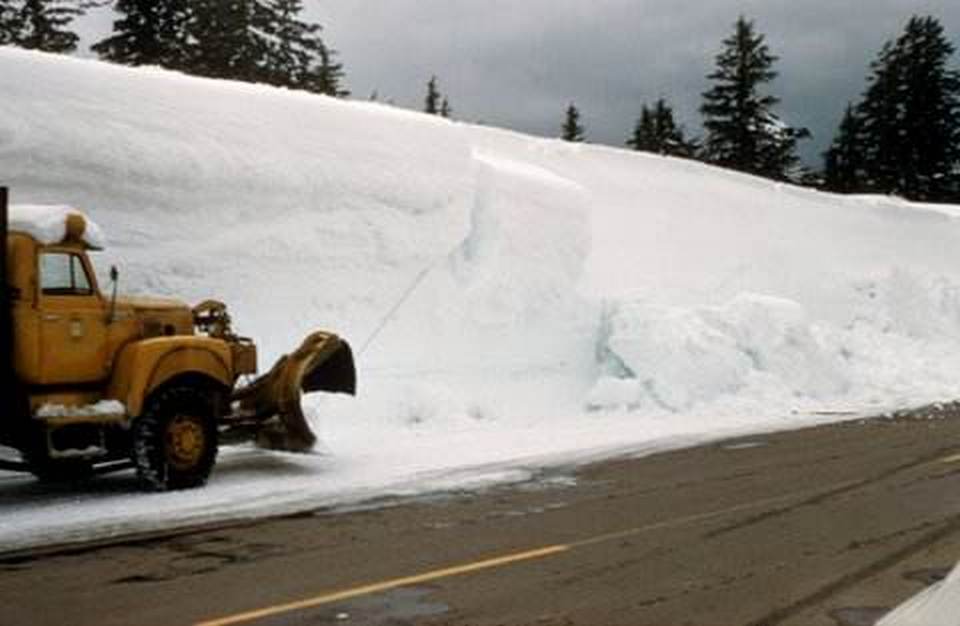 There was a problem with this, though. The snowbanks were also far higher than the tops of the plows. With gravity and the natural forces, the top of the snowbank would slowly creep toward the side with the least support. That would be over the roadway. In other words, snow overhangs would develop. These presented a danger. If one of the overhangs gave way at an inopportune time, a person walking by could be buried under tons of snow and ice. Even a car could be crushed. A person didn’t stand much of a chance.

If you look closely at the picture of the plow, you might notice a steel cable running from the blade of the plow to the snowbank. What the operator, my father in this instance, is doing in this photo is ‘shearing’. That is, the cable is anchored out of view on top of the snowbank. My dad is actually backing the plow up slowly and the cable is shearing the overhang off. When the operation was done, he could then plow the snow away and there would be a slope in the snow bank where the overhang used to be.

The whole process was quite time-consuming, tedious, and difficult. The cable and anchor had to be adjusted every 20 feet or so. When the plow backed up to a certain point, the anchor would pull away and slide back down into the road. It would then need to be cast back up on top of the snowbank farther back in order to shear the next stretch. As a person can imagine, after a day of shearing, during which he’d shear about a half-mile of the snowbank, my father would come home exhausted.

This picture was taken in April after the spring thaw had begun in earnest.

These are just two aspects of snow removal that occurred throughout the winter at the park. This doesn’t even begin to go into depth of what was involved and the various equipment that was used. However, this might give people a good idea of how difficult it would be for me to describe 12 years of life at this wondrous place. The best I can do is to give glimpses of what it was like and what I learned during those 12 years.