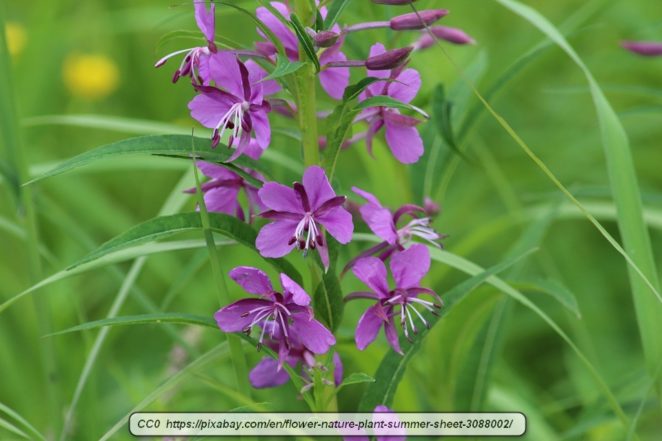 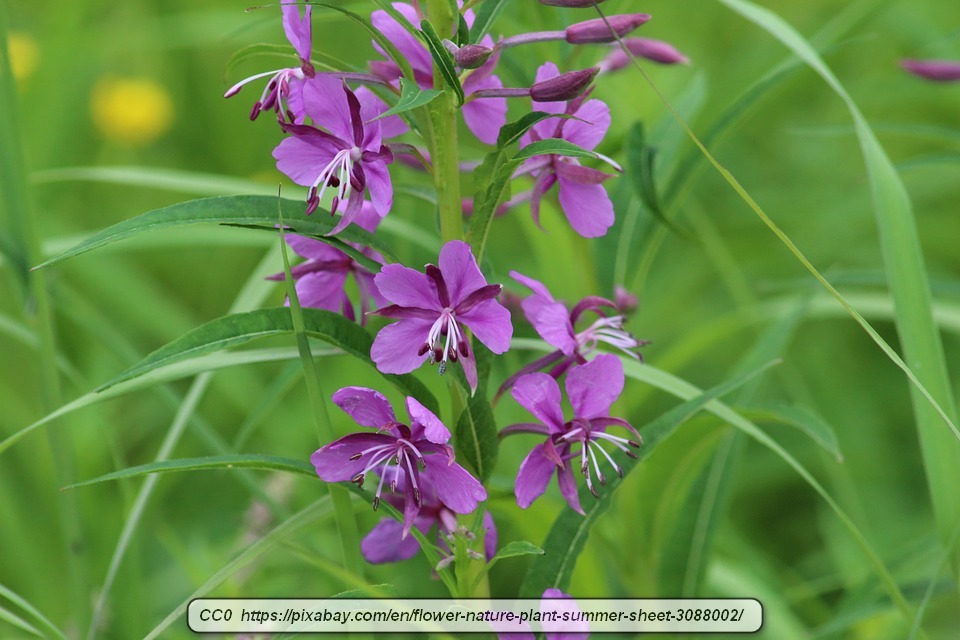 For sheer beauty, there aren’t many wildflowers that compare to fireweed. This plant is also useful as food and medicinally, too.

Fireweed (Epilobium angustifolium) is a plant that has beautiful pinkish to purplish flowers and an erect growth habit. Where these plants are growing in profusion, they often provide lovely patches of color. Fireweed is a common plant in Montana and it also grows in most other states. In fact, it grows in most US states except in the extreme south and southeast. On top of this, it grows throughout Canada and even Alaska and Greenland. Additionally, fireweed grows in Europe and Asia.

This plant grows from sea level to high in the mountains, most often in coniferous forests. This is an edible wild plant and is a survival food, though in some locations it is treated as an invasive weed.

This wild herb is perennial and it is a member of the evening primrose family. It spreads by both seeds, which are produced in profusion, and by the roots. The roots are rhizomatous rather like those of mint or crabgrass. From these, shoots appear and grow into the plants. 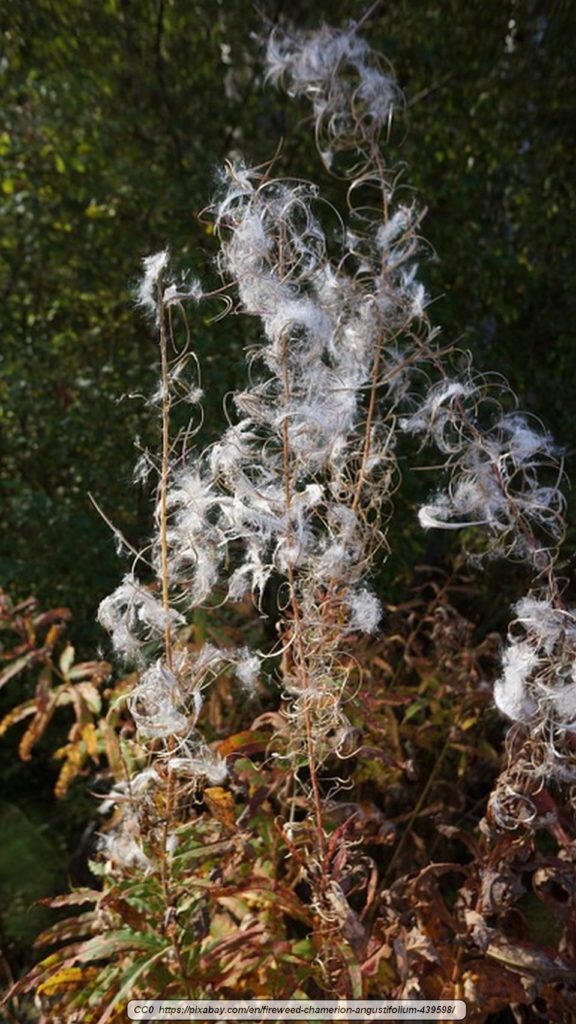 Fireweed can grow quite tall and although it is sometimes no more than one or two feet tall, the plants can occasionally grow two or three times higher. The stem is a simple spike and from this spring long, narrow leaves that almost seem to be connected directly to the stem.

These plants usually bloom from June to August or September. The flowers appear at the top of the stem, with the lowest flowers opening first. The individual flowers have four smallish petals. The flowers produce seed pods that are long and thin, looking rather like those of radishes, mustard or broccoli. The seed pods each contain hundreds of seeds and when they dry and burst, they can broadcast seeds over a large area. 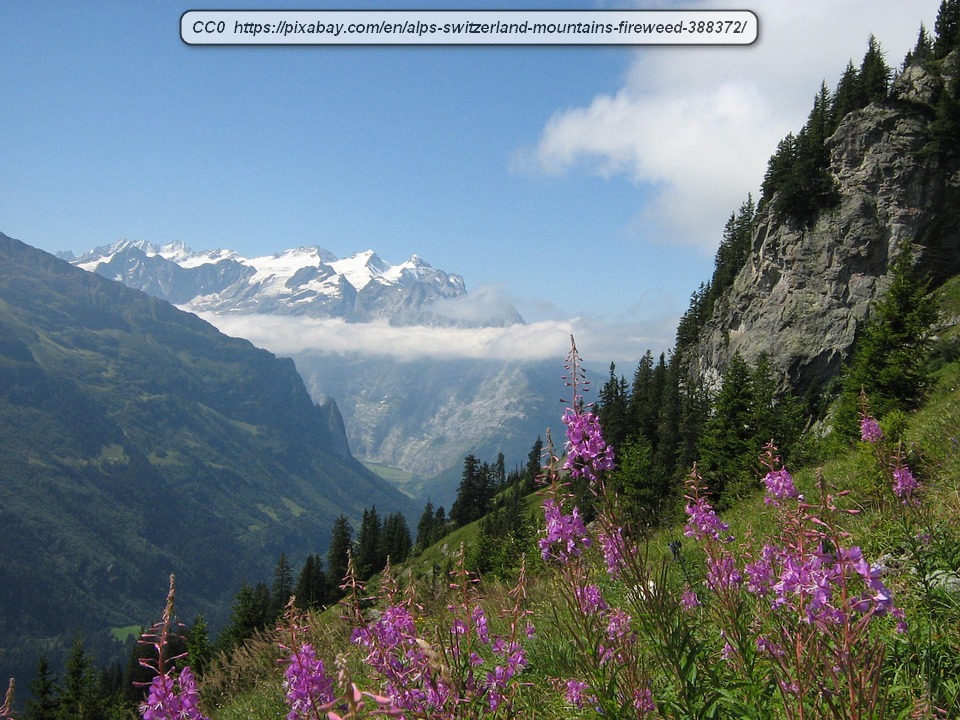 The young shoots and leaves of fireweed can be eaten both cooked or raw and the flavor is good. The stems can also be peeled and eaten. When these are steamed, they have a flavor that is reminiscent of young asparagus, except that the flavor is milder. As the plant ages, it becomes progressively bitterer. Before the flowers open, the buds can be added to a salad, too.

Fireweed can also be preserved for later use, by putting it in olive oil and tightly capping the container.When the stems are peeled, the peels can be dried and woven into tough, fibrous string. American Indians even used this plant to make fishing line.

The plant is high in vitamins C and A, especially when they are used fresh and raw, such as an addition to a green salad. The sweet-tasting roots are also edible; raw, cooked, or dried. Native Americans sometimes dried the roots then ground them for use as coarse flour.

In Russia, tea made from fireweed is called kaporie tea. It should be noted that the tea is quite high in tannin. 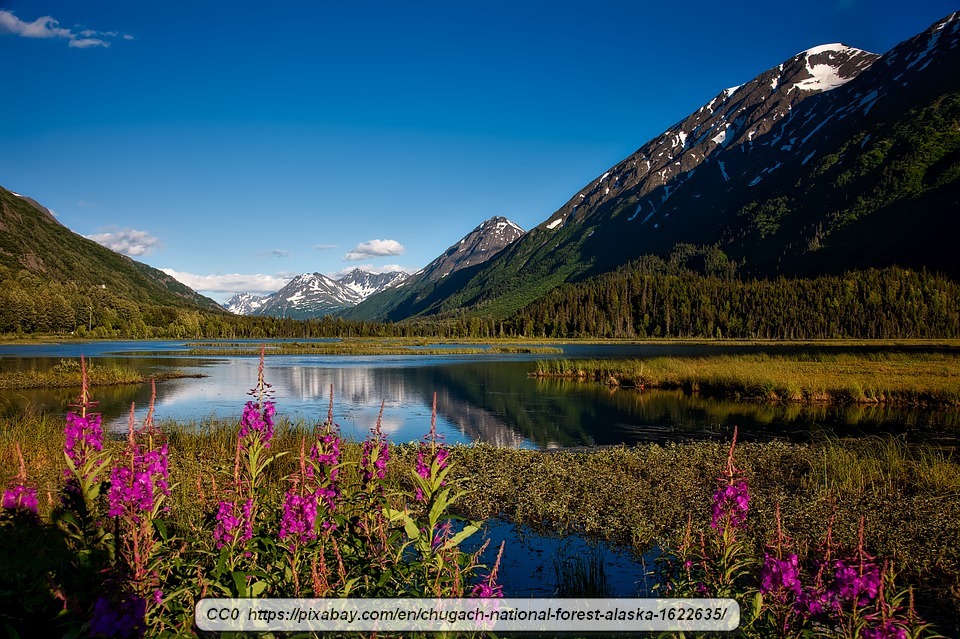 This plant has been used medicinally for a long time, just as evening primrose has been. According to botanical.com, fireweed is astringent, cathartic and emetic. Other sources list it as antispasmodic, hypnotic and laxative. It has been used to treat urinary problems, enlarged prostate, stomach cramps, and diarrhea. Tea made from the plant is often used to treat burns, cuts, scrapes, rashes, boils, punctures and insect bites. Because of the astringent nature of fireweed, mostly due to the tannin it contains, it aids in the healing of cuts by causing them to close.

Fireweed tea is additionally sometimes used to soothe sore throats and to ease pains in the mouth. The weak tea can also be used as a hair rinse.

It is soothing and has been mixed with lard to make a salve that can then be spread on cuts and burns.

A tincture can be made from fireweed by chopping and crushing the plant, then covering it with vodka. The container is capped and shaken once a day every day for two weeks. The plant material is then strained out and the tincture is put in tightly stoppered containers. The dosage for the tincture is normally about a half dozen drops, which can be put on a sugar cube prior to eating it. The flavor of the tincture is somewhat sour.

Note that consuming too much of the tea or tincture can be strongly emetic.

Fireweed is a beautiful plant, though it is often considered to be an invasive weed. It is quite edible, however, and it has good medicinal properties. It is a survival food and is one of the plants people should learn to recognize on sight.